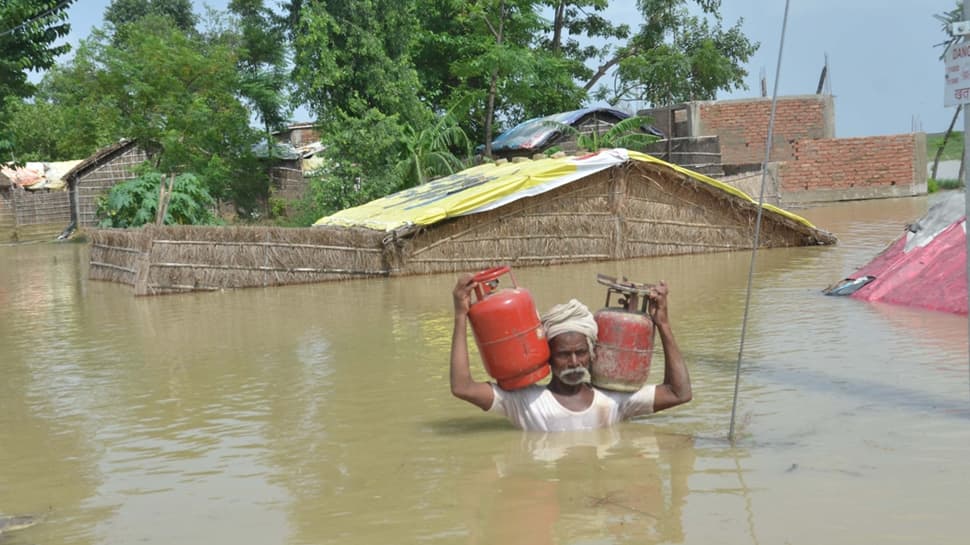 The natural calamity has affected the residents of 105 blocks, spread over 12 districts. At least 81 relief camps have been set up across the state to help those affected. 712 community kitchens have been attached to 125 motorboats.

A helicopter has also was put into service of relief work. A helicopter of the Indian Air Force (IAF) distributed food packets in Kusheshwar and Sitamarhi. Two more helicopters will be deployed on Thursday.

Last week, Bihar's Deputy Chief Minister Sushil Modi came under intense fire from Opposition after reports emerged that he was watching Bollywood movie 'Super 30', even as the state reeled under a grim flood situation. Later clarifying that the government is doing everything to help the flood victims, Kumar said, ''I've been abused for watching movie 'Super 30'. Today also an English channel was showing 'when the state is flooded, Dy CM is watching a film'. Several works can be done at one time, we're helping flood-affected people and doing all the arrangements.''

“Even today, many families in Bihar are unaware of the government schemes and cannot avail their benefits. I have directed the officials to identify families without accounts and ensure that their accounts are opened at the soonest,” said Nitish.