Sitharaman also interacted with ex-servicemen and locals at Port Blair. 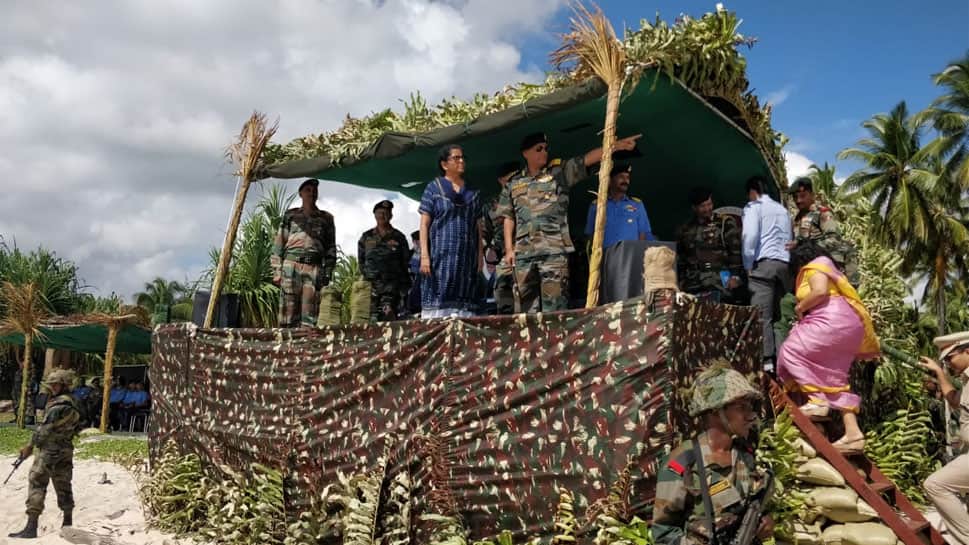 Smt @nsitharaman inspects Joint Amphibious Exercise by
Integrated Service Command,ANC
off the Campbell Bay coast, the southern most island of the nation. pic.twitter.com/Jwti4dSzaj

She reviewed the Command Presentation at the Andaman and Nicobar Command in Port Blair and attended a special cultural event organised by them.

Sitharaman also interacted with ex-servicemen and locals at Port Blair.

On Sunday, the defence minister's official handle had tweeted saying, "Smt @nsitharaman arrives in Port Blair to oversee a major joint exercise involving the @adgpi , @indiannavy , @IAF_MCC and @IndiaCoastGuard during her 2 day visit."

The Malacca Straits is also an important Sea Lane of Communication and used by the navies of several countries, including China which has been stepping up its military infrastructure in the Indian Ocean Region.