Women will be inducted in a graded manner to eventually comprise 20 per cent of total Corps of Military Police, the official handle of the defence minister tweeted.

Union Minister of Defence Nirmala Sitharaman on Friday said the government has taken a "historic" decision to induct women in the military police with an aim to enhance their representation in the armed forces.

Women will be inducted in a graded manner to eventually comprise 20 per cent of total Corps of Military Police, the official handle of the defence minister tweeted. Their role would range from probing rape and molestation cases to assisting the Army wherever required.

"To improve the representation of women in our armed forces Smt @nsitharaman takes a historic decision to induct women for the first time in PBOR (Personnel Below Officer Rank) role in Corps of Military Police. The women will be inducted in a graded manner to eventually comprise 20% of total Corps of Military Police," the handle tweeted. 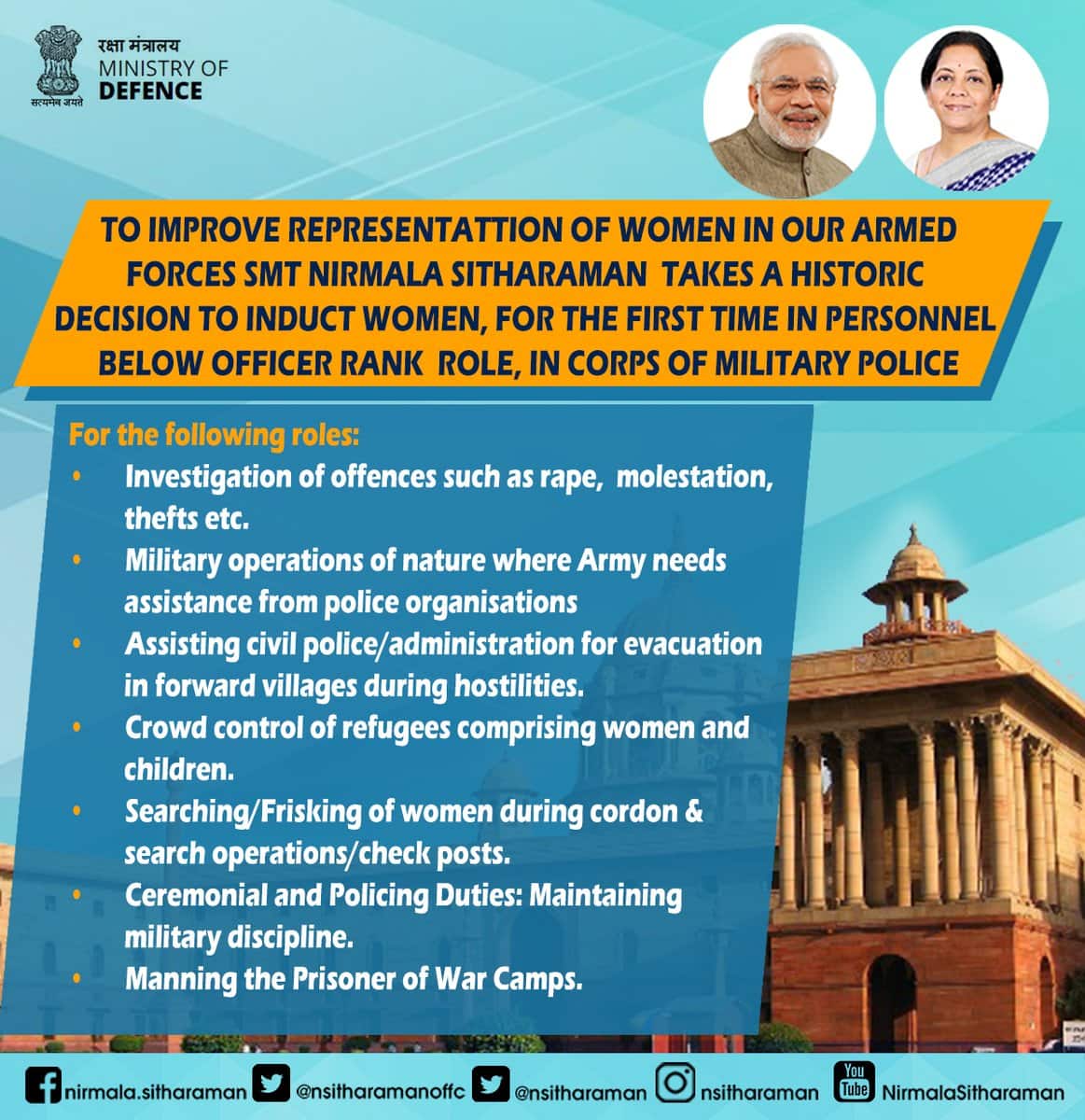 In 2018, Army Chief Gen Bipin Rawat said the process to allow women in a combat role, currently, an exclusive domain of men was moving fast and initially, women will be recruited for positions in the military police.

Accordingly, the Army chalked out induction of approximately 800 women in military police with a yearly intake of 52 personnel per year.

Currently, women are allowed in select areas such as medical, legal, educational, signals and engineering wings of the Army.

The role of the military police includes policing cantonments and Army establishments, preventing a breach of rules and regulations by soldiers, maintaining movement of soldiers as well as logistics during peace and war, handling prisoners of war and extending aid to civil police whenever required.

Earlier this month, in a written response to a question in the Rajya Sabha, Minister of State in the Defence Ministry Subhash Bhamre the Army has 3.80 per cent of its workforce as women, the Air Force has 13.09 per cent and the Navy six per cent.