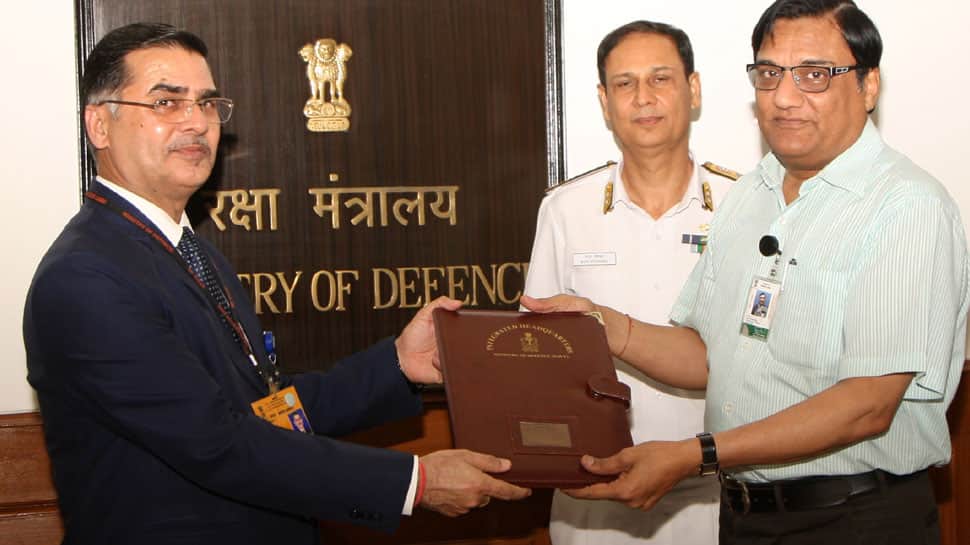 These 16 vessels will be built simultaneously in two shipyard to shorten the delivery period. The ASWSWCs will imcrease the ability of Indian Navy to detect enemy submarines in the Arabian Sea, where the shallow sea bed reflects sonar signals emitted by submarine hunting vessels thus making it difficult to detect to detect the location of enemy submarine.

The sophisticated sonar present in ASWSWCs will help them differentiate the signals reflected off the enemy submarine from those bouncing off the shallow sea bed.

These vessels will be able to move quickly for short bursts after detecting an enemy submarine. These veseels will also have to ability to share information about the enemy submarine with friendly anti-submarine warships and aircraft. According to GRSE, these vessels can also be used for search and rescue operations. The Kolkata-based firm added that these ASWSWCs will also have the ability to lay and detect underwater mines.

The tender for ASWSWC was issued in April 2014 and Defence Ministry has taken five years to sign a contract. As per the contract, the first vessel will be delivered within 42 months from the contract, that is by October 2022. After that, GRSE will have to deliver two more ASWSWCs per year, thus completing the delivery of its eight vessels by April 2026.

It is to be noted that GRSE is also building three stealth frigates for Indian Navy under Project 17A and is also completing an order for four ASW corvettes under Project 28. The Kolkata-based defence PSU has also got the contract to build a range of other vessels, including landing craft, fast patrol vessels and survey vessels for the navy and coast guard.

The ASWSWC displaces 750 tonnes, is capable of sprinting at 25 knots and is crewed by a complement of 57 sailors.