Agastyarkoodam, located in the Neyyar Wildlife Sanctuary, opened for the annual trekking for the first time after the Kerala High Court lifted the gender-based restrictions. 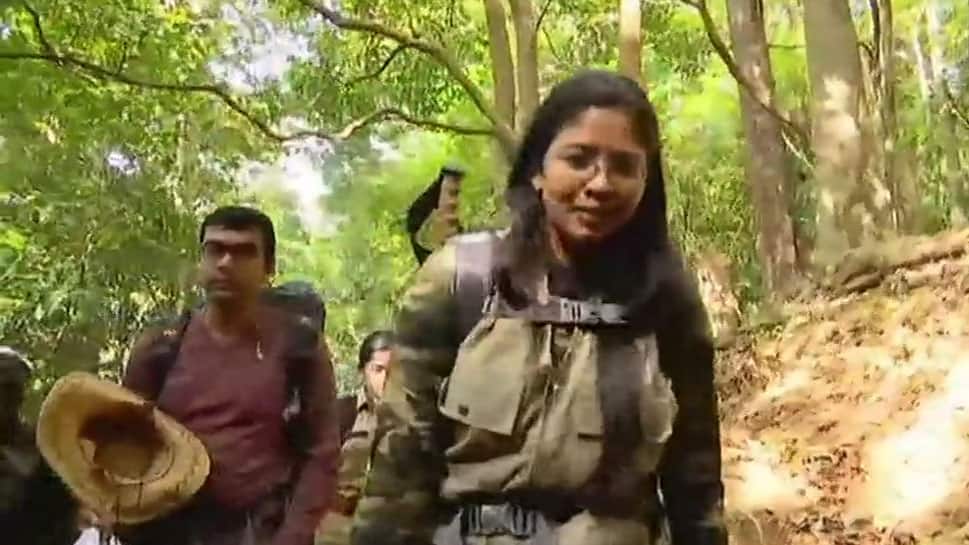 Armed with a high court order lifting the 'unofficial' ban on entry of women to the peak, Sanal started her climb on Monday morning along with several other male trekkers through the traditional 22-km-long forest from Bonacaud, the base station of Agasthyarkoodam in the Agasthya hills. Her trek is expected to culminate on Tuesday.

“I'll stick to take the pathway and not go into prohibited areas and hurt the sentiments of the tribals,” said Dhanya.

“The journey is to understand the forest more and share the unique experience with others,” she added.

Agastyarkoodam, located in the Neyyar Wildlife Sanctuary, opened for the annual trekking for the first time after the Kerala High Court ruled last November that no gender-based restrictions would be imposed on trekkers.

The local Kani tribes living on the foothills have opposed this. According to them, the mountain range is the holy abode of their deity 'Agastya Muni' – a Hindu sage believed to be the guardian of the inhabitants.

Over 100 natives, gathered at Bonacaud, and sang folk songs as a mark of protest.

"We staged the protest to express our pain and anguish at breaking the customs of the Agastya hills. We never attempted to check the trekkers...Because we respect the court order," Mohanan Triveni, state president, Adivasi Mahasabha told PTI.

#Kerala: Defense PRO Dhanya Sanal, first woman to trek to Agasthyarkudam peak, after 2018 Kerala High Court order that women cannot be excluded from trekking to the peak. Sanal says, "I'll stick to take the pathway&not go into prohibited areas&hurt the sentiments of the tribals." pic.twitter.com/Kb4Vy4z3gr

The Kerala Forest Department, which organises the trekking programme, said a total of 4,700 people had registered this year, of them 100 were women. More women are expected to trek the peak in the coming days.

The trekking by women in the men-only Agasthyarkoodam has garnered media attention as the development comes days after three women of menstruating age trekked Sabarimala and offered prayers at the Lord Ayyappa temple, defying the traditional restrictions imposed on them.

Agasthyarkoodam is a reserve forest and a UNESCO heritage site. The 47-day trekking programme to the peak will continue till March 1.