The new Akash missiles which will have an extended performance range than its predecessors are being prepared to be deployed in high altitude areas in Ladakh which shares boundaries with both Pakistan and China. 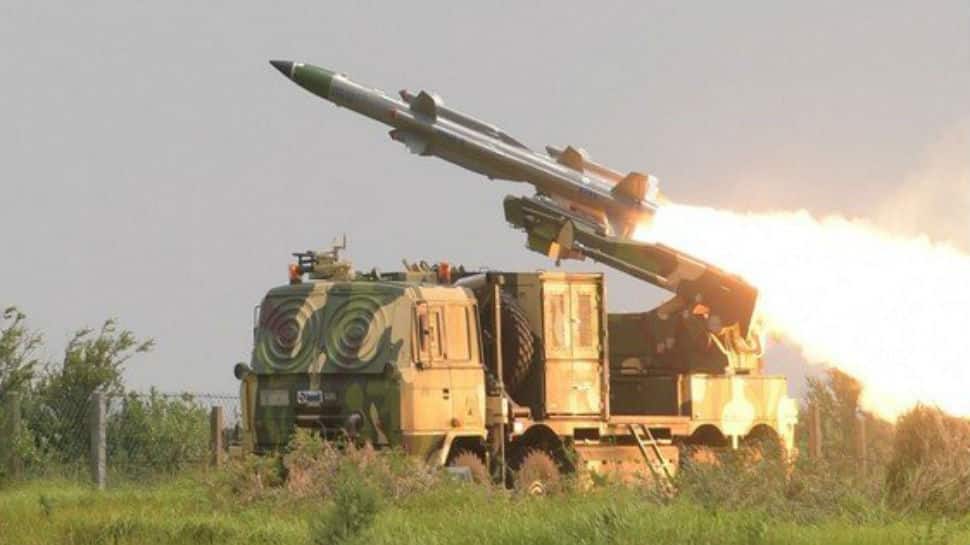 New Delhi: Seeking to prevent any intrusion of aircraft through the borders with Pakistan and China, the Defence Ministry is set to discuss a proposal to acquire two regiments of the Akash Prime missiles which can be deployed in high altitude areas above 15,000 feet.

The new Akash missiles which will have an extended performance range than its predecessors are being prepared to be deployed in high altitude areas in Ladakh which shares boundaries with both Pakistan and China.

"The Defence Ministry is scheduled to consider the Army proposal worth around Rs 10,000 crore for acquiring two regiments of the Akash Prime or extended performance Akash missiles. The Akash Prime Missile is an upgraded version of the missile system already existing in the Army," government sources told ANI. The Akash missile system has been developed in India by DRDO and has proven to be highly successful in the defence forces.

The Army already has two regiments of the missile and is looking to add two more for deployment on Pakistan and China border. Even though the Army is facing minor issues with servicing of the system due to involvement of two production agencies including the Bharat Electronics Limited and the Bharat Dynamics Limited, it is generally happy with missile's performance.

The present order of two regiments was earlier to be given to foreign vendors but the Narendra Modi government decided in favour of 'Make in India' in defence.

Recently, the Cabinet Committee on Security headed by Prime Minister Narendra Modi cleared the project for the Air Force to buy seven squadrons of the surface to air missile.

During an exercise in Surya Lanka held in 2018, the Akash missile system was tested along with all other air defence missiles including Israeli ones in the Indian Air Force inventory and it came out as the best performer.

Defence Research and Development Organisation (DRDO) had successfully test-fired AKASH-MK-1S, the surface to air missile from ITR, Chandipur, Odhisa on May 25 and 27, 2019. Akash Mk1S is an upgrade of existing AKASH missile with indigenous Seeker.

'We stand by you in difficult times': Mamata Banerjee to Farooq Abdullah on his birthday