The national capital will witness strong surface winds during the day time today and the temperature would be oscillating between 9 degrees Celsius to 24 degrees Celsius, predicted IMD. 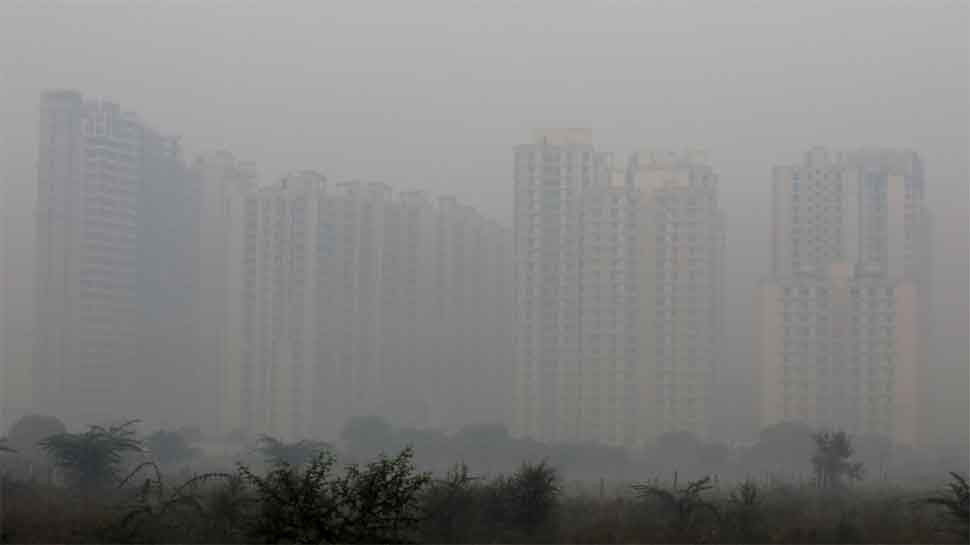 After a brief respite from the toxic air, the air quality of Delhi has again plunged into `poor` category on Sunday morning making difficult for locals to move outdoors. According to the Centre-run Central Pollution Control Board, at 9:00 AM, the Air Quality Index (AQI) docked at 281, which falls in the `poor` category in DTU, Delhi.

At Mathura Road, the AQI was at 213, again in the poor category. However, at the city`s major junctions such as Ashok Vihar, Jawaharlal Nehru Stadium and Mundka, the AQI was 291, 277 and 289 respectively.

The national capital will witness strong surface winds during the day time today and the temperature would be oscillating between 9 degrees Celsius to 24 degrees Celsius, predicted India Meteorological Department (IMD).

The Center-run SAFAR has advised `sensitive groups` to consider reducing prolonged or heavy exertion throughout the day.

"Take it easy if symptoms such as coughing or shortness of breath occur," the organisation stated in its advisory.

On Saturday, the overall AQI in the national capital stood at 65, according to estimates updated by System of Air Quality and Weather Forecasting And Research (SAFAR) at 7:30 am. Dhirpur in Delhi recorded the lowest PM 2.5 count of 54 under the 'satisfactory' category. Delhi University registered an AQI of 56 at 7.30 am.

In Chandni Chowk, one of the most crowded areas of the capital, the AQI was 133 while the same was 113 at the airport, both of which fall under the 'moderate' category.

The fire counts till November 28, as per SAFAR multi-satellite product estimate, was only 77 also helping with the lower pollution in Delhi.

Neighbouring areas such as Noida in Uttar Pradesh and Gurugram in Haryana also recorded air quality in the 'satisfactory' category. Noida recorded an AQI of 59, while it was 78 in Gurugram.

Last month, the Supreme Court had come down heavily on the Centre and state government over their failure to tackle the pollution crisis in the national capital regions. A bench of Justices Arun Mishra and Deepak Gupta remarked, "The people of Delhi are living in a gas chamber. It is better to get explosives and kill everyone".