Arvind Kejriwal wrote, he is glad about the fact that they have succeed in their efforts to bring down pollution level in Delhi-NCR. He also shared a data showing drastic drop observed in AQI level at around 2 pm on Wednesday, in Delhi. 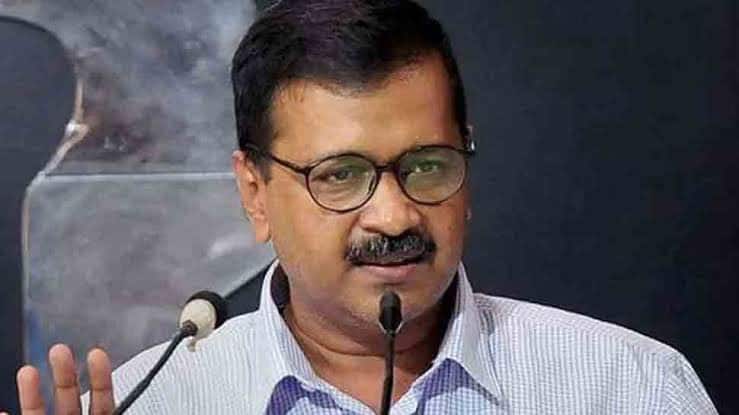 New Delhi: Delhi Chief Minister Arvind Kejriwal on Wednesday expressed happiness by tweeting about the decrease in pollution level in Delhi.  Arvind Kejriwal wrote, he is glad about the fact that they have succeed in their efforts to bring down pollution level in Delhi-NCR. He said that he is thankful to everyone who took steps to curb pollution and urged people to continue doing the same so that such pollution emergency can be avoided in future.

He wrote this with sharing a data of drastic drop observed in AQI level at around 2 pm on Wednesday, in Delhi.  His tweet read, '' At 2 pm today, PM 2.5 - 39 , PM 10 - 96, I am glad pollution is coming down. We have to keep up our efforts so that coming days do not see any spike. Grateful to everyone whoever made efforts to reduce it.''

Earlier today, a special bench of Supreme Court Justices Arun Mishra and Deepak Gupta heard a case related to rising air pollution. The Supreme court slammed the Punjab government in the matter and said, ''Nobody will be spared if found violating rules and regulations''.

The apex court had earlier also slammed the Central and Delhi government saying that every year such situation arises but we are still not able to find a solution to it.

The pollution level in Delhi-NCR post Diwali reached to 'hazardous' level with the AQI level dropping over 1000 at several places. The decline in the pollution was observed on Monday due to the increase in wind speed.

Passport exemption for all visitors to Gurudwara Darbar Sahib: Sources