The video shows an entire timeline of AAP government work in the five years starting from the Signature bridge to the development of Delhi government schools. 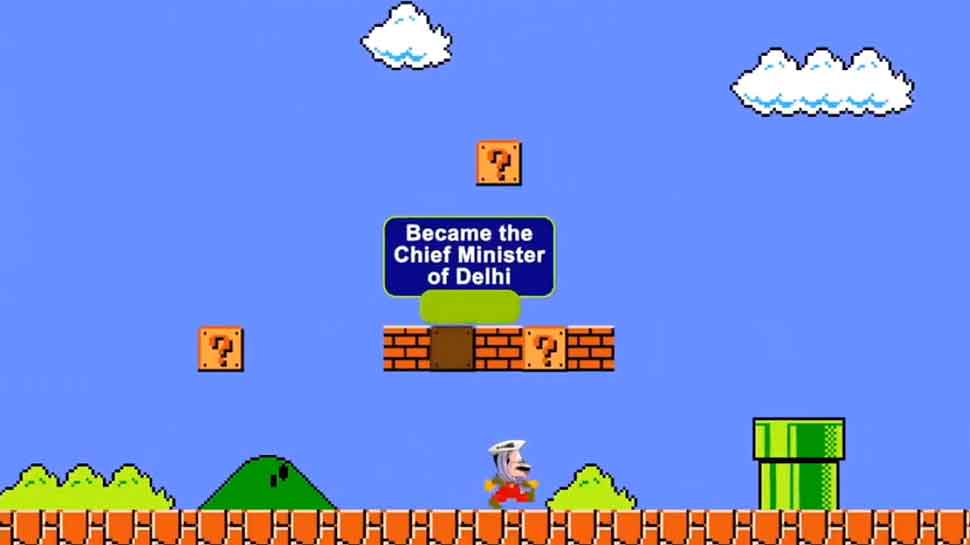 New Delhi: Aam Aadmi Party (AAP) is trying to play the campaigning game stronger by using creative ideas to reach out to Delhi people. The party released a video on Monday with the title of 'Super Kejriwal'  in which Chief Minister Arvind Kejriwal can be seen playing the role of Mario in the video game Mario.

The video shows an entire timeline of AAP government work in the five years starting from the Signature bridge to the development of Delhi government schools. The video also highlights achievements like providing free bus ride to women of Delhi, Jai Bhim Yojana, free water supply, 400 Mohalla clinics and installation of free wi-fi.

Finally, at the end of the video Kejriwal can be seen raising a flag bearing the word 'Delhi' before and disappears inside India Gate. AAP has also launched a theme song with the title 'Lage Raho Kejriwal' composed by Vishal Dadlani ahead of the assembly polls.

In the 2015 2015 Delhi legislative assembly election, Aam Admi Party won 67 out of 70 seats. Delhi will go into a single-phase election on February 8 and the results will be declared on February 11.