"It's a new technology. We have imported it from the US. The structure will suck polluted air from above and release clean air from below," Delhi CM Kejriwal said. 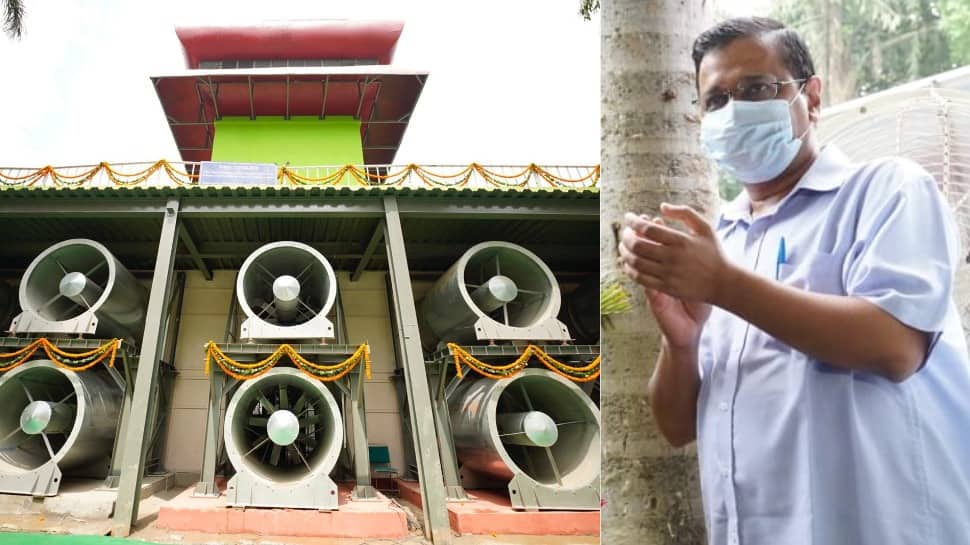 New Delhi: Chief Minister Arvind Kejriwal inaugurated the "country's first smog tower" at Connaught Place in Delhi on Monday and said it will prove to be a milestone and many such structures can be installed in the city if the pilot project yields results.

He also said that the concentration of PM2.5 has reduced from 150 micrograms per cubic metre to 100 g/m and that of PM10 has dipped from 300 g/m to 150 g/m in the national capital since 2014 due to the efforts made in the last few years.

PM 2.5 refers to fine particles which penetrate deep into the body and fuel inflammation in the lungs and respiratory tract, leading to the risk of cardiovascular and respiratory problems, including a weak immune system.

"This is the first such smog tower in the country. It's a new technology. We have imported it from the US. The structure will suck polluted air from above and release clean air from below. It will purify 1,000 cubic metres of air per second," Kejriwal told reporters.

Since it's a new technology, it is being implemented on an experimental basis. Tata Projects Limited (TPL) built the smog tower with technical support from IIT-Bombay and IIT-Delhi, which will analyse its data. NBCC India Ltd. Is the project management consultant, he said.

1st of its kind Technology from USA

It will reduce Pollution in 1 sq km area

If this Pilot Project is successful,we'll install such towers across Delhi pic.twitter.com/5TSlkgAmpP

"The experts will analyse the functioning of the smog tower and tell us if it is effective. If it is successful, many such smog towers can be installed across Delhi. If not, we will work on some other technology... I think it will prove to be a milestone," he added.

"Data analysis will start immediately. The initial trends will be available within a month... I am also excited to know if we succeeded or not," the chief minister said.

The over 24-metre-tall structure will help improve air quality in a radius of around 1 km, according to officials.

The Delhi cabinet had approved the smog tower project in October last year.

A two-year pilot study will ascertain the effectiveness of the smog tower. A control room has been set up at the site to monitor its operations, an official said.

Another 25-metre-tall smog tower, built by the central government at Anand Vihar, is expected to become operational by August 31.

The two towers will have 1,200 air filters each developed by experts at the University of Minnesota in the United States, which also helped design a 100-metre smog tower in Xian, China.

The smog towers, built at a cost of Rs 22 crore each, are estimated to reduce the concentration of PM2.5 up to 70 per cent within a one-km radius.

The Supreme Court had in January last year directed the central government to construct a smog tower to reduce pollution at Anand Vihar and the Delhi government to install another such structure at Connaught Place in three months.