The Delhi government's reply said that citizens have no fundamental right to liquor trade or business or even to consume liquor, while the state has the right to regulate each of these. 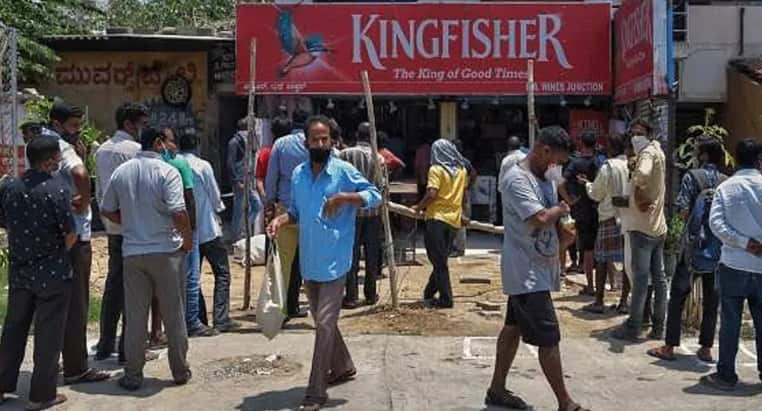 New Delhi: In a response to the petition filed with Delhi High Court challenging special Corona fees on liquor, the Delhi government on Thursday (May 28) said that the state has the power to regulate the sale, purchase, and consumption of liquor and urged the court to dismiss the plea.

The Delhi government stated that the MRP has not been raised and added that the petition was devoid of merits. It also cited examples of states like Assam, Meghalaya, Karnataka, Andhra Pradesh, Telangana, Uttar Pradesh, Haryana, Rajasthan, Tamil Nadu, West Bengal where similar charges have been imposed.

The reply said that citizens have no fundamental right to liquor trade or business or even to consume liquor, while the state has the right to regulate each of these.

The Delhi government further said, "To begin with, the very object of a State Excise Levy is liquor, which unlike objects under other fiscal statutes, is dangerous and injurious to health and is therefore an article which is res extro commercium."

The Delhi Excise Act, 2009 empowers the state to regulate or supervise the sale, purchase, and consumption of liquor in the National Capital Territory of Delhi particularly in the present COVID situation, the government said, adding "in the exercise of the power vested under Section 4, Section 11 (1) and Section 77 read with Section 81(1) and/or Section 81(2)(f)/lg), that Rule 154 (4) of the Rules has been amended and the impugned levy has been imposed; which is nothing but a combination of price towards grant of privilege and the cost of regulation/supervision."

The High Court, which today heard various petitions moved in this regard, had on May 15 issued a notice to the Delhi government asking it to file a response.

According to the petition, the Delhi government's action is a case of excessive delegation as the Delhi Excise Act does not empower the state to levy any fee or charges except as provided under Section 26 of the Act. It was further submitted that the imposition of such a fee is in violation of Article 265 of the Constitution of India as it was without any authority of law.

Another petition had also sought setting aside of notification, alleging that the increase in the price was arbitrary, bad in law and uncalled for.