This was a routine transfer as the Supreme Court Collegium had already recommended the same on February 12, several days before riots broke out in Northeast Delhi. 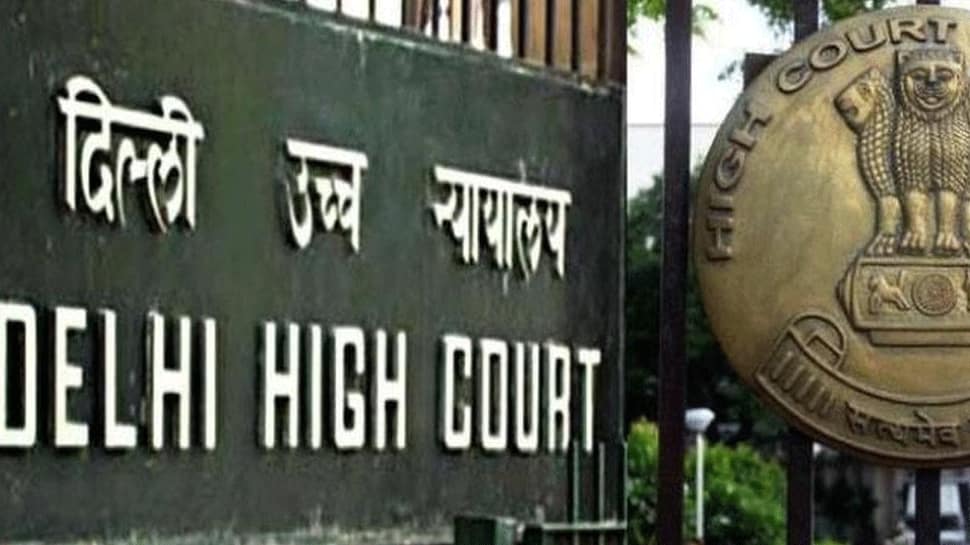 NEW DELHI: Delhi High Court judge Justice S Muralidhar, who was hearing cases related to Delhi violence, was late on Wednesday (February 26, 2020) transferred to the Punjab and Haryana High Court. However, this was a routine transfer as the Supreme Court Collegium had already recommended the same on February 12, several days before riots broke out in Northeast Delhi.

A government notification in this regard, which was issued on Wednesday, said that after consultation with Chief Justice Sharad Arvind Bobde, President Ram Nath Kovind transferred Justice S Muralidhar, judge of Delhi High Court, as Judge of Punjab and Haryana High court. 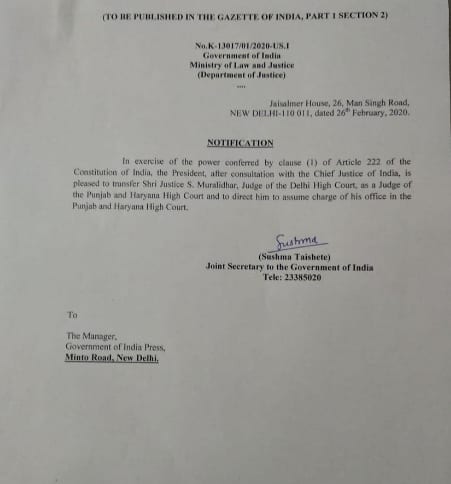 The Delhi High Court Bar Association also abstained from work last week as a token of protest against the transfer and said: "It is a rarest of rare case, the majesty of our revered institution is at stake." On Wednesday a division bench of Justice Muralidhar and Justice Talwant Singh, while hearing a plea seeking a judicial enquiry into the violence and registration of FIR against BJP leaders Kapil Mishra, Anurag Thakur and Pravesh Verma for allegedly making hate speeches, adjourned the matter till Thursday.

The bench on Wednesday afternoon also directed the Delhi Police to examine the videos related to hate speeches by political leaders, which allegedly led to violence in northeast Delhi, and take a decision in the matter. Justice S Muralidhar along with Justice Anup J. Bhambhani also conducted a midnight hearing related to Delhi violence on Tuesday midnight.

They heard a plea seeking safe passage of injured victims of violence in New Delhi to medical institutions with adequate facilities.