Delhi High Court on Thursday (December 19) has disposed of the Nirbhaya convict Pawan Kumar's plea that he was a juvenile at the time of the offence on December 16, 2012. 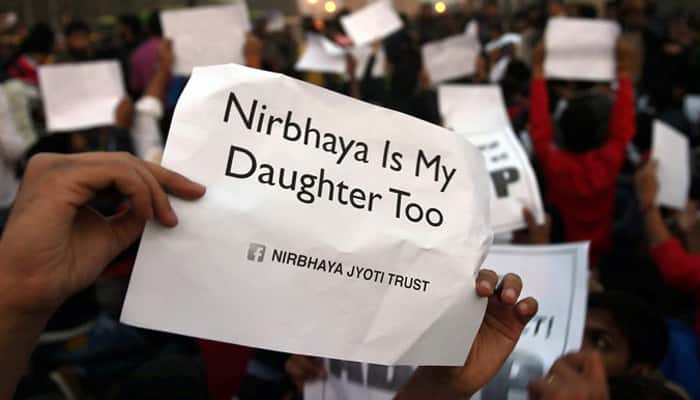 New Delhi: Delhi High Court on Thursday (December 19) has disposed of the Nirbhaya convict Pawan Kumar's plea that he was a juvenile at the time of the offence on December 16, 2012. His advocate had sought time to file fresh documents in the matter. The court has also asked the Delhi bar association to take action against Pawan Kumar's lawyer AP Singh as the latter failed to appear before the court.

The High Court has also slapped a fine of Rs 25,000 on the advocate.

Earlier in the day, the court recalled its adjournment order in the case and decided to hear the matter today itself as lawyers of Nirbhaya's parents objected to the development. The court master called up the lawyer of Pawan Kumar to inform him that the matter would be heard today itself, but after receiving the call the advocate became incommunicado.

Earlier, the High Court adjourned the plea of Nirbhaya case convict Pawan Kumar Gupta's lawyer AP Singh submitting that he was a juvenile at the time of the offence on December 16, 2012. The advocate sought time to file fresh documents in the matter.

The High Court said that in view of the Supreme Court verdict, this court has no jurisdiction in terms of Section 7 of the Juvenile Justice Act. Further, the court observed that on the basis of pieces of evidence the convict was not a juvenile at the time of the offence.

The court also deprecated the lawyer's move of delaying tactics just to avoid the death sentence.

On Wednesday, Pawan Kumar Gupta moved the court claiming that he was a juvenile at the time of the offence in 2012 and should be treated under the Juvenile Justice Act. The convict said that his ossification test was not done by the Investigation Officer, therefore, he should be given benefit of doubt under the Act.

Notably, the apex court had also rejected the review petition filed by Akshay Singh Thakur, one of the death-row convicts in the case. The newly-constituted three-member bench, comprising Justice Bhanumathi, Justice Ashok Bhushan and Justice AS Bopanna heard Akshay's plea on Wednesday.

Notably, Delhi's Patiala House Court deferred the hearing on the hanging of Nirbhaya rape and murder convicts till January 7, 2020. It, however, directed the Tihar Jail authorities to issue a notice to the convicts giving them one week to clarify the status of their mercy petitions. The case will next be heard on January 7.