The Delhi HC said that it does not want to interfere since the anticipatory bail plea is being heard in the Patiala House Court. 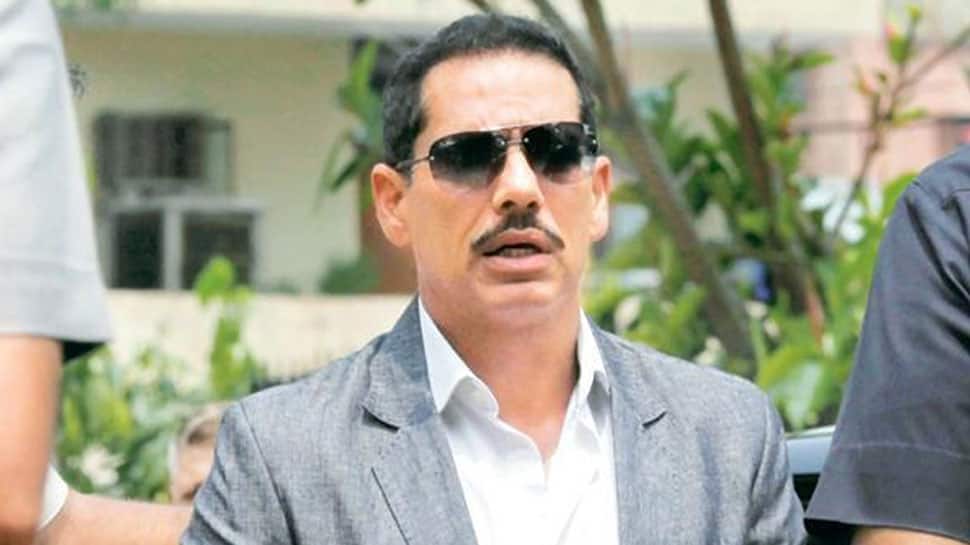 New Delhi: Division bench of Justice Hima Kohli and Justice Vinod Goel of Delhi High Court on Monday refused to grant interim relief to Congress leader Priyanka Gandhi's husband Robert Vadra and Manoj Arora on their plea for quashing of FIR/ECIR by the Enforcement Directorate in a money laundering case.

The Delhi HC said that it does not want to interfere since the anticipatory bail plea is being heard in the Patiala House Court.

Although, the Delhi HC Court has sought response of ED on their plea that challenges the Constitutional validity of certain sections of Prevention of Money Laundering Act. It has also directed the ED to supply a copy of ECIR to Robert Vadra and Manoj Arora.

The next hearing in the matter has been scheduled for May 2.

Robert Vadra had moved Delhi High Court seeking quashing of FIR against him filed by the Enforcement Directorate in a money laundering case.

The Directorate has questioned Vadra multiple times in connection with the case which pertains London-based properties bought between the years 2005 and 2010.

Meanwhile, the ED filed a reply in the lower court alleging that Robert Vadra is the beneficial owner of various properties under investigation in the case which has been acquired through the proceeds of crime.

The Enforcement Directorate, in its application, had said that investigation is still ongoing and is at a crucial stage. In its reply, it had also sought a 'free' hand to a thorough interrogation.