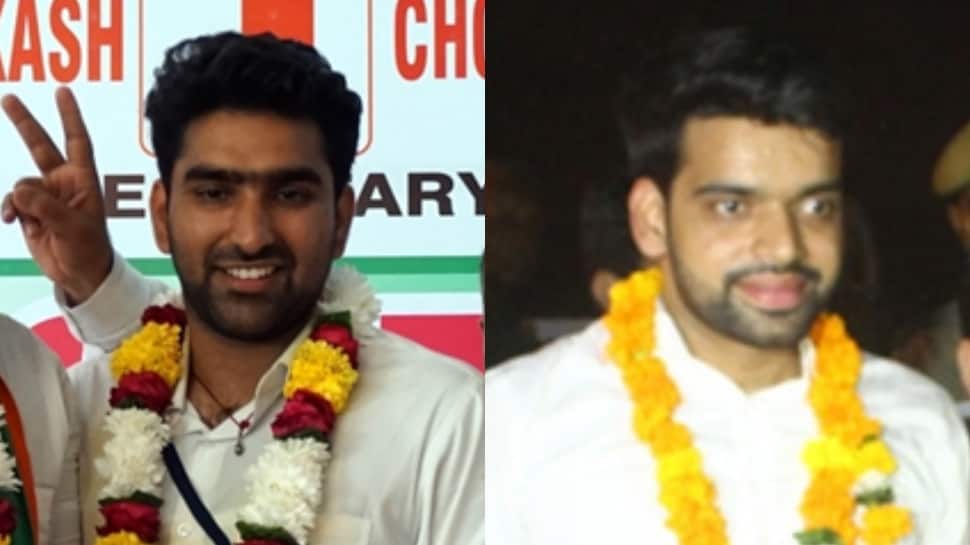 NEW DELHI: The Delhi High Court on Monday asked Delhi University to place on record its stand on NSUI student leader Sunny Chillar's plea challenging the election of ex-DUSU president Ankiv Baisoya, who is from ABVP, for furnishing a fake bachelor's degree when getting admitted to the varsity.

Justice Yogesh Khanna, who had on November 20 reserved his verdict in the matter, issued a notice to DU and asked it to file a counter affidavit in the matter before December 4, the next date of hearing.

The judge said that after listing the matter for orders he found there was nothing on record from the university's side.

The court had reserved its order after hearing arguments on behalf of DU, represented by Additional Solicitor General Pinky Anand, and Chillar, for whom senior advocate P Chidambaram appeared.

Akhil Bharatiya Vidyarthi Parishad (ABVP) leader Baisoya had resigned as president of Delhi University Students' Union (DUSU) on November 14 after the varsity received a report that his bachelor's degree from Thiruvalluvar University was fake.

DU, on the last date, had told the court that since the verification of the degree was completed after November 13, no fresh elections can be held as the two month period within which the polls could have been conducted again had expired.

The varsity had said that according to the Lyngdoh Committee guidelines, fresh elections can only be held if a post falls vacant within two months of the declaration of results which in this case was on September 13.

It was argued on behalf of National Students Union of India (NSUI) leader Chillar, also represented by advocates V Elanchezhiyan and Rashid N Azam, that once the degree was found to be fake, the nomination itself becomes void ab-initio and therefore, the two-month period for conducting fresh elections won't apply in this case.

He had said that DU should have properly scrutinised Baisoya's certificates at the time of admission into MA Buddhist Studies course and while accepting his nomination.

Chillar had lost to Baisoya in the race for the post of DUSU president.

He had earlier also alleged that the DU was "deliberately delaying" verification to benefit the ABVP as no fresh polls would be held for the post of DUSU president in case Baisoya's election was set aside after expiry of the two-month period and the vice president, also from ABVP, would be promoted as president.