Delhi has been gripped in a numbing cold for the past several weeks and the mean temperatures are lower here because of fog and no sunshine. From December 31 onwards, rain is likely in the capital city and its adjoining areas such as Noida, Gurugram, Ghaziabad and Faridabad. 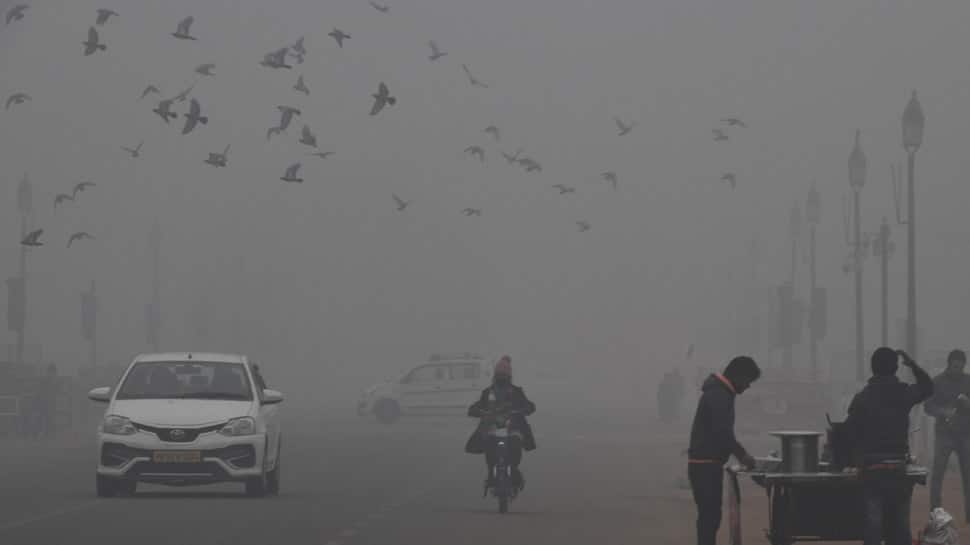 The national capital is likely to record the coldest day on Monday for the month of December in the last 119 years, according to the India Meteorological Department (IMD). The day temperature has been unusually following the coldest trend with Safdarjung recording a temperature of 9.4 degree Celsius at 2.30 pm.

Delhi has been gripped in a numbing cold for the past several weeks and the mean temperatures are lower here because of fog and no sunshine. From December 31 onwards, rain is likely in the capital city and its adjoining areas such as Noida, Gurugram, Ghaziabad and Faridabad. This weather phenomenon is likely to continue till January 3, predicted the weather forecast agency. A significant increase in wind speed is expected over Delhi-NCR from the evening of December 31 under the influence of approaching western disturbance and easterly winds in the lower level. A hailstorm is also expected on January 1-2, 2020.

Dense fog and eventual poor visibility have caused flight delays and cancellations across north India in the past few days. A thick blanket of fog resulting in poor visibility has affected the operation of over 500 flights, Delhi airport website said on Monday. While five flights have been cancelled, 21 others have been diverted due to low-visibility in the national capital, said an ANI report.

Earlier on Monday, budget airline SpiceJet also asked its passengers, scheduled to travel to and from Delhi, to keep a track of their flight status. "Due to bad weather at Delhi (DEL), all departures/arrivals and their consequential flights might get affected. Passengers are requested to keep a check on their flight status," the airline tweeted. Delhi's IGI airport authorities had earlier warned that flight departures may be impacted if visibility dropped below 125 meters.

The Director of All India Institute of Medical Sciences (AIIMS) Dr Randeep Guleria on Monday said that Delhi is witnessing more chill than hilly areas and OPD rush had increased by 20 per cent with people suffering from different respiratory ailments. "Because of the cold weather, there is a rise of 15-20 per cent in the number of patients in OPD. Bronchitis cases go up. Heart patients also face risks. If the healthy people do not take care of themselves, they may face a condition called hypothermia which results in abnormally low body temperatures," Dr Guleria told ANI.