Delhi-NCR wakes up to hazy morning, air quality continues to be 'poor'

The situation remains grim for the sixth consecutive day. At 6 am, the AQI in Delhi was 252. Noida was reeling under "very poor" category at 310 and AQI in Gurugram was at 247. 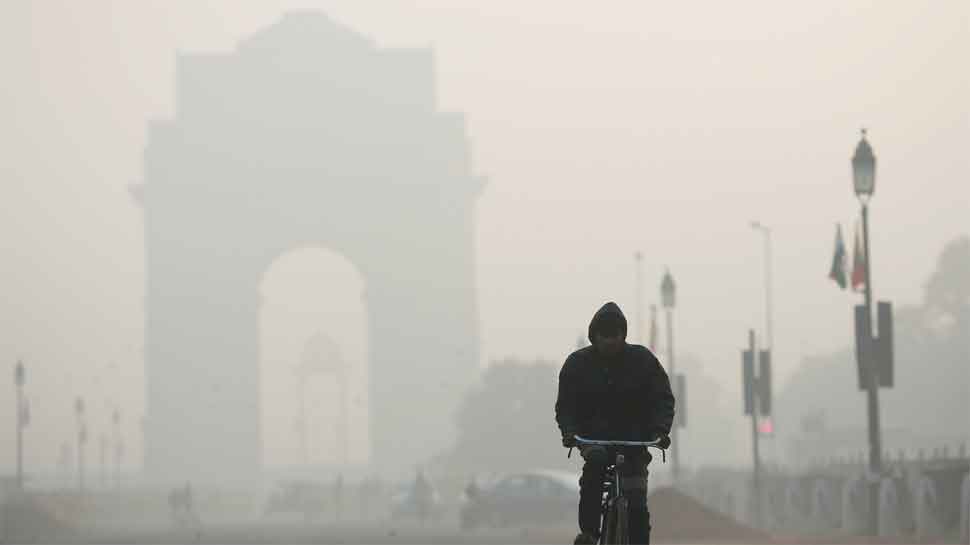 New Delhi: People in the national capital and its adjoining areas such as Noida, Ghaziabad, Gurugram and Faridabad woke up to a hazy morning on Tuesday as the Air Quality Index (AQI) dipped again to "poor" category. The situation remains grim for the sixth consecutive day.

At Lodhi Road the AQI was at 244 earlier on Tuesday, near Delhi University it was at 241 and Airport T3 it was calculated at 293. The overall air quality at Dhirpur was docking at 259 while at Mathura Road area it dipped to the "poor" category at 296.

The overall air quality of Delhi is in the higher end of the "poor" category, as forecasted earlier by Centre-run System of Air Quality and Weather Forecasting and Research (SAFAR). Stubble fire in Punjab, Haryana and border areas has contributed largely to the poor AQI.

However, the condition is expected to slightly improve in the next two days.

"Although the stubble burning activity in Haryana, Punjab and nearby border regions are moderate, but there is a going to be a significant change in circulation pattern and direction at transport height is going to be Southeasterly, means impact of biomass is going to be negligible. The cyclonic circulation is developing over northwest Uttar Pradesh and neighbourhood. Both factors will lead to slight improve Delhi's Air quality to middle-end of poor category for next two days," a statement by SAFAR said.

The AQI is expected to plunge further around Diwali, if the availability of green crackers, as promised by the Central government, is not ensured.

"Further deterioration in AQI of Delhi may start from the fourth week of October. The late monsoon withdrawal is not good for air quality in North India as the time progresses towards winter," it added.