During the agitation, thousands of farmers hailing from different villages of Gautam Budh Nagar district marched towards Delhi, raising slogans. 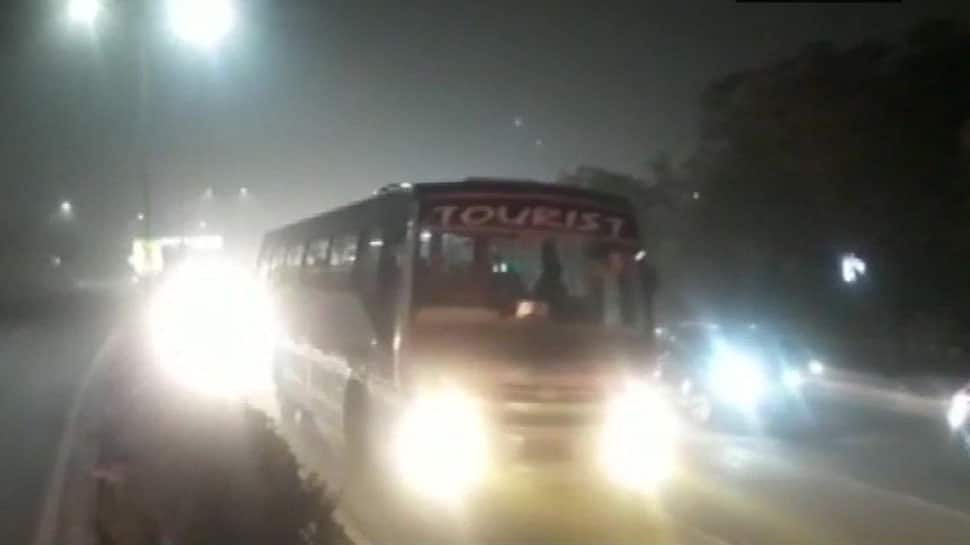 Traffic on the Delhi-Noida Flyway (DND) was severely disrupted for few hours after farmers on Friday took to the streets demanding fourfold compensation in lieu of their land acquisition.

During the agitation, thousands of farmers hailing from different villages of Gautam Budh Nagar district marched towards Delhi, raising slogans.

As a result, the Delhi-Noida route was shut, causing inconvenience to hundreds of commuters. The agitating farmers said that the builders, who took land from farmers, have laid the foundation stone for a degree college, but construction is yet to begin.

Those farmers who did not sell their land to builders should be provided a channel for passage of water for irrigation purposes. They also want immediate relief from the income tax department.

The farmers have demanded that the affected families should be either provided employment or give Rs 5 lakh as compensation for self-employment. Furthermore, they have demanded the creation of 100 bighas of land for Gram Sabha.

A protester participating in the demonstration said that the farmers will stage a sit-in protest and threatened to go on fast if their demands were not addressed by the central government.

"We are demanding fourfold compensation in lieu of their land acquisition. Proper compensation should be given. We are marching towards the Prime Minister's Office (PMO) to apprise our demands. If our grievances are not addressed, then we will have no option but to stage a sit-in protest there and go on fast," the protester told ANI.

The Delhi Traffic Police also tweeted that traffic on the DND flyway could be severely affected due to the protest and urged citizens to take alternate routes.

Later, the Delhi-Noida route was opened for commuters.From the past couple of months, the country has witnessed a number of protests by farmers.

In November 2018, more than one lakh farmers, belonging to 200 farmers' organisations, staged protests in different parts of Delhi to push their demands against rural distress, including implementation of the MS Swaminathan Committee report, farm loan waiver and better Minimum Support Price (MSP) for their agricultural produce.

On October 2, the birth anniversary of Mahatma Gandhi, farmers from the neighbouring states of Haryana and Punjab were not allowed to launch a protest in Delhi, which later led to a violent confrontation with the state police at the Delhi border.