Akshay's argument is that in such a situation there is no need for the death penalty. His plea has already been forwarded by the Union Ministry of Home Affairs to the President with a recommendation to reject the same. 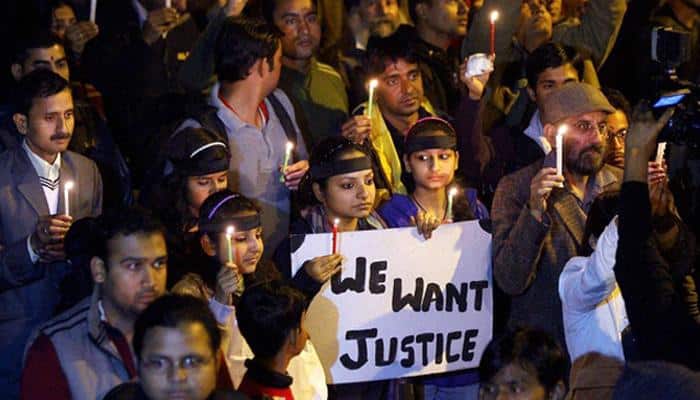 New Delhi: Akshay Kumar Singh, one of the convicts in the Nirbhaya gangrape-murder case, filed a review petition through his lawyer in the Supreme Court on Tuesday (December 10) pleading for mercy. Akshay Kumar's advocate AP Singh cited strange grounds in the review petition pointing out that air pollution in Delhi is at a dangerous level, the water has become poisonous, and the city has turned into a gas chamber, resulting in decreasing the age of residents in the national capital.

Akshay's argument is that in such a situation there is no need for the death penalty. His plea has already been forwarded by the Union Ministry of Home Affairs to the President with a recommendation to reject the same.

Not only this, but Akshay Kumar's plea also referred to Vedas, Puranas, and Upanishads citing the right of people to live thousands of years. According to these religious texts, he said, people lived for thousands of years in the Satyuga. Even in Tretayuga, a man used to live for thousand years, but in Kaliyuga, the age of humans has already come down to 50 years, hence, there is no need to give capital punishment.

The Supreme Court has already rejected the review petitions of the three other convicts in the case.

All the four convicts in the Nirbhaya case have been shifted to Delhi's Tihar jail, triggering speculation that they would be hanged soon. Sources told Zee Media that one of the convict Pawan Kumar Gupta, who was lodged in Mandoli jail, was shifted to jail Number 2 of Tihar, while the other three convicts- Mukesh Singh, Vinay Sharma, and Akshay - are already in Tihar.

Convict Vinay Sharma recently wrote to President Ram Nath Kovind, seeking immediate withdrawal of his mercy petition, which he claimed he never signed. Last week, through his counsel AP Singh, Vinay requested the President that he be allowed to withdraw the mercy petition.

The 23-year-old Nirbhaya was gang-raped and tortured on December 16, 2012, which led to her death. A total of six people were convicted in the case. The brutal crime led to massive protests across the country forcing the Central government to come up with a new law to deal with such heinous crimes.

One of the accused was a minor and appeared before a juvenile justice court, while another accused committed suicide in Tihar Jail.