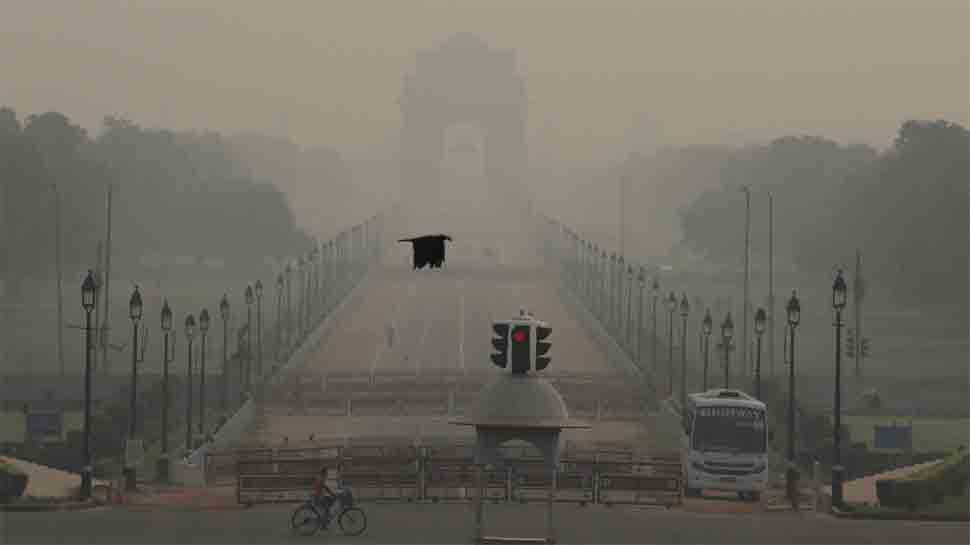 NEW DELHI: A layer of smoky haze lingered over Delhi-NCR on Friday (October 16) with air quality in the region hitting 'very poor' levels, even as stricter anti-air pollution measures, including a ban on electricity generators, came into force under the Graded Response Action Plan (GRAP).

On Friday, Delhi recorded an Air Quality Index (AQI) of 316 at 6:00 am. The last time the air quality hit such a poor level was in February. The air quality in the neighbouring cities of Faridabad, Ghaziabad, Greater Noida and Noida was also in the red zone.

Delhi Environment Minister Gopal Rai on October 15 urged the Central Pollution Control Board and a Supreme Court-mandated pollution control authority to shut the 11 coal-fired power plants operating within 300 kilometres of Delhi within a week. He said the Delhi government has been making all efforts to bring pollution levels down, "but we become helpless when pollution from neighbouring states affects the city's air quality".

The minister said the Delhi government banned electricity generators, with the Graded Response Plan coming into force on Thursday, "but Haryana wants relaxations, why?"

"They were exempted last year too. If diesel generators are operated in Gurugram and Faridabad, won't it affect Delhi's air quality," he said.

The Graded Response Action Plan (GRAP) -- a set of anti-pollution measures followed in Delhi and its vicinity towns according to the severity of the situation - came into force on Thursday. It was notified by the Ministry of Environment and Forests in 2017 for implementation through the Supreme Court-mandated Environment Pollution (Prevention and Control) Authority.

The measures under GRAP include increasing bus and metro services, hiking parking fees and stopping use of diesel generator sets when the air quality turns poor.

The measures to be followed in the 'emergency' situation include stopping entry of trucks in Delhi, ban on construction activities and introduction of odd-even car rationing scheme.

Google search shows Sara Tendulkar as Shubman Gill's wife, we know the reason for this goof-up