Delhi University likely to begin admission process from May 30

The cut-offs will be announced by the varsity almost a week after the registration process ends, sources said. 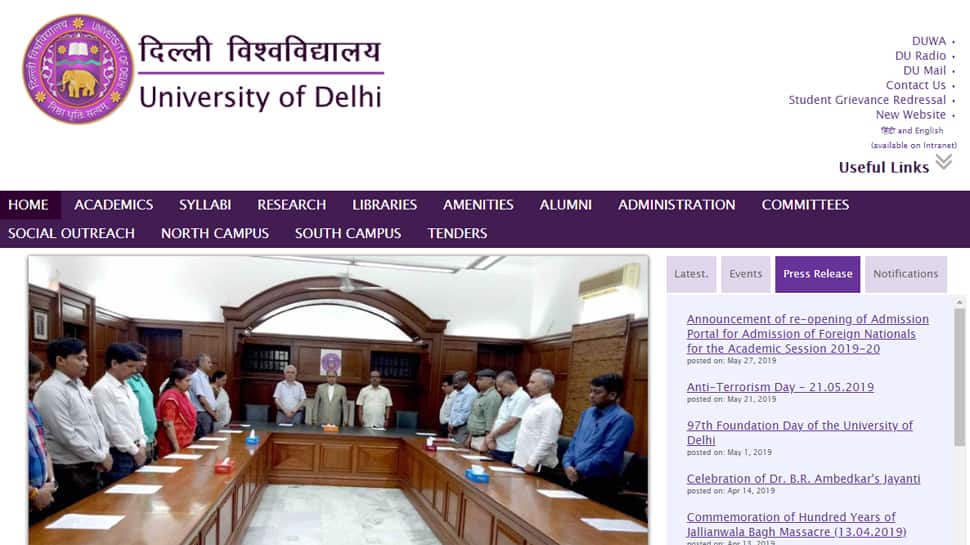 New Delhi: The Delhi University is likely to begin the admission process from May 30, sources said on Monday. This has by far been the most delayed admission session, officials said.

They said the admission portal will show candidates details like how many seats are available in the college and the course they are applying for, how many students have applied for those seats and how fast are the seats being filled up.

The Delhi University's admission committee is yet to decide on the agency that will conduct the entrance exams for admission to various courses in the varsity, leading to a delay in the start of the process. However, sources said the National Testing Agency is likely to be finalised as the agency for conducting the entrance exams. However, a final decision will be made soon on it.

Meanwhile, the RSS-affiliated Akhil Bharatiya Vidyarthi Parishad on Monday submitted a letter to the varsity administration inquiring about the delay in the commencement of the admission process and urging them to initiate it quickly. The ABVP said the delay is worrisome for students.

Last year, the registration process had begun on May 15, days before the CBSE results were announced.

This year, the CBSE announced results of class 12 examination on May 2, in record 28 days. Usually, the class 12 results are announced by third week of May.