The entry and exit gates of Mandi House, ITO and Delhi Gate remained open on Tuesday to facilitate normal services. 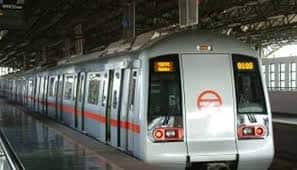 Jaffrabad, Maujpur-Babarpur, Gokulpuri, Johri Enclave and Shiv Vihar remain closed on Tuesday in the wake of violence in North-East Delhi region. The metro trains were terminated at Welcome metro station.

Entry & exit gates at all stations have been opened.

Normal services have resumed in all stations.

At least 13 deaths have been reported since Monday in violence that erupted in parts of north-east Delhi between protesters in favour of the Citizenship Amendment Act (CAA) and those who opposed it. Around 190 have suffered injuries in the violence so far.

This development comes after Union Home Minister Amit Shah held a meeting with Delhi Police and officials of his ministry, and he appreciated the participation of all parties and urged them to exercise restraint, rise above party lines to tackle the situation.

Amit Shah also urged leaders to avoid giving provocative speeches and statements which could result in a flare-up of the situation.

Delhi Police Special Commissioner (Crime) Satish Golcha late on Tuesday night reportedly said that protesters have cleared out at Jaffrabad Metro station and Maujpur Chowk is clear as well and that the situation is under control.

The police, however, put barricades and sealed all the roads that lead to Ghaziabad from northeast Delhi.

US-India to work together on 5G technology, says Donald Trump