PM Narendra Modi also talked about steps taken by his government to ensure ease of doing dusiness like reduction of corporate tax and labour reforms. 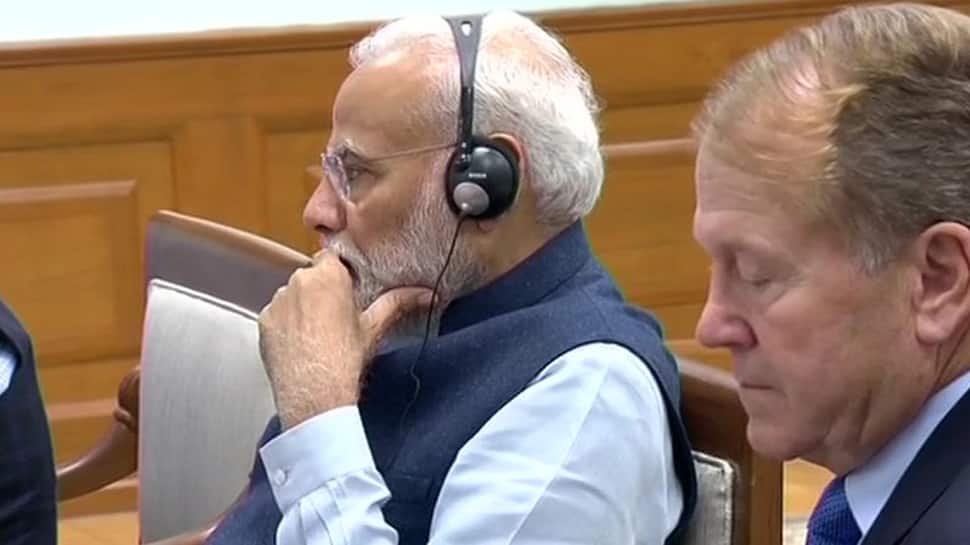 Prime Minister Narendra Modi on Monday met the members of US India Strategic Partnership Forum (USISPF) at his official residence in New Delhi. The USISPF delegation was led by its Chairman John Chambers.

During the meeting, PM Modi appreciated the delegation for reposing faith in the Indian Economy. He highlighted the fact that start-up ecosystem is rapidly evolving in India and mentioned that the youth of the country have entrepreneurial risk-taking capacity. The prime minister also outlined the steps taken by his government at the Centre, including Atal Tinkering Labs and conducting Hackathons to boost innovation potential and solve problems using technology.

PM Modi also talked about steps taken by his government to ensure ease of doing dusiness like reduction of corporate tax and labour reforms. He stressed that his government is focused on ensuring Ease of Living. The prime minister said that the unique strength of India is the availability of three Ds - democracy, demography and ‘dimaag’.

PM talked about steps taken to ensure Ease of Doing Business like reduction of corporate tax & labour reforms. He also outlined that the target of govt is ensuring Ease of Living. He said the unique strength of India is availability of three Ds - democracy, demography & ‘dimaag’. https://t.co/AwmK3qvbBY

The USISPF delegation expressed faith in PM Modi's vision for the country and said that the next five years of India will define the next twenty five years of the world.

Delhi: Members of US India Strategic Partnership Forum (USISPF) called on PM Modi today. The delegation was led by USISPF Chairman, John Chambers. They expressed faith in the vision of PM for the country & said that the next 5 yrs of India will define the next 25 yrs of the world pic.twitter.com/oqQMY2e1jz

The USISPF is a non-profit organization which works for strengthening the India-US bilateral and strategic partnership through policy advocacy in the fields of economic growth, entrepreneurship, employment-creation, and innovation.