Ashwini Choubey was inspecting the hospital where several dengue patients have been admitted after the recent floods which battered Bihar. 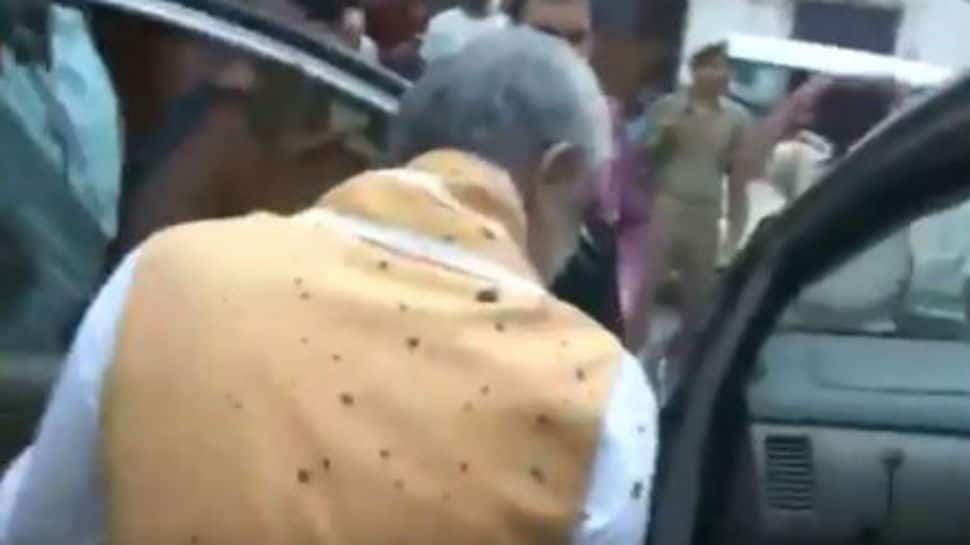 New Delhi: A man threw ink at Union Minister of State for Health & Family Welfare Ashwini Choubey while he was visiting dengue patients at Patna Medical College & Hospital (PMCH) on Tuesday. Several dengue patients have been admitted to the hospital after the recent floods in Bihar.

As soon as the union minister was leaving PMCH, the man, a relative of one of the dengue patients at the hospital, threw ink at him. He was apparently miffed over the alleged inaction of the government over the flood condition.

#WATCH Bihar: A man threw ink on Union Minister of State for Health & Family Welfare Ashwini Choubey while he was visiting dengue patients at Patna Medical College & Hospital. The man managed to escape. Minister says "Ink thrown on public, democracy and the pillar of democracy." pic.twitter.com/gVxsfdLz8d

He, however, managed to escape the spot after throwing the ink at Choubey.

No arrests have been made so far in connection with the incident.

As per a statement by the state health department, as many as 900 dengue cases have been registered in Patna since September, when the heavy rains began. Floods wreaked havoc in Bihar earlier in October, claiming at least 73 lives.

After the situation slightly improved in Patna, which was worst-affected due to natural calamity, there is a fear of an outbreak of dengue.

Chief Minister Nitish Kumar called for a high-level meeting on Monday to discuss the situation in Patna after floods.