'Desi Bofors' Dhanush to be inducted into Indian Army on Monday

Nearly 81% of the components of Dhanush - which has a strike range of 38 kilometres -  are sourced indigenously. 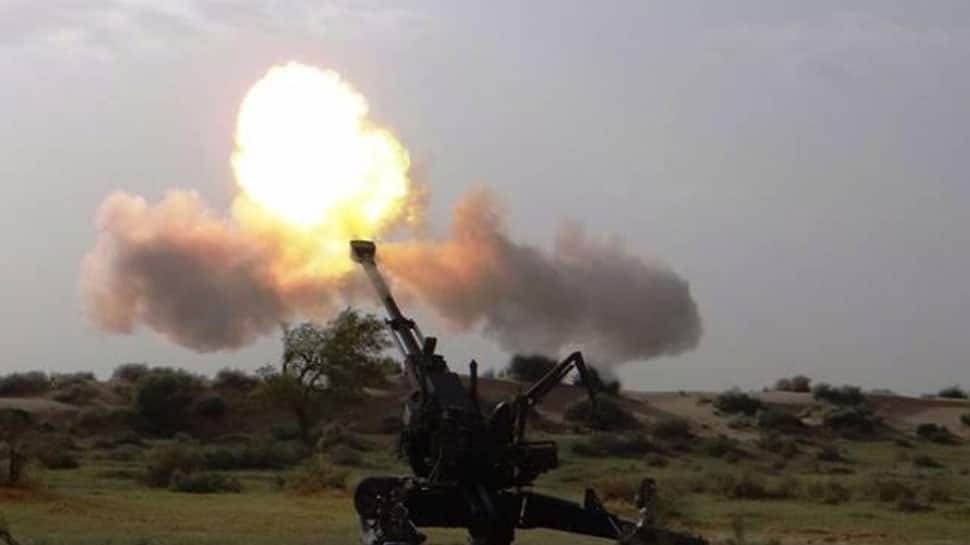 In a major boost for Indian armed forces, the country's first ever indigenously designed and developed Dhanush 155mm/45 Calibre towed Gun System is now ready for induction into Indian Army.

The Additional Directorate General of Public Information of Indian Army posted a tweet saying that Dhanush 155mm/45 Calibre towed Gun System will be handed over to the Army by Ordnance Factories Board on Monday (April 8).

India's #FirstEver indigenously designed & developed Dhanush 155mm/45 Calibre towed Gun System is ready for induction into #IndianArmy & will be handed over by Ordnance Factories Board #OFB on 8 April 19. Dhanush can be employed in all types of terrains. pic.twitter.com/o7ceCmDAeI

Referred to as 'desi Bofors', Dhanush is the first long-range artillery gun to be produced under the 'Make in India' initiative of BJP-led government at the Centre.

Nearly 81% of the components of Dhanush - which has a strike range of 38 kilometres -  are sourced indigenously.

This gun can be employed in all types of terrains and it comes loaded with inertial navigation-based sighting system, auto-laying facility, on-board ballistic computation and an advanced day and night direct firing system.

The hitting range of Dhanush is around 11 km more than the imported Bofors guns.

The gun system comes equipped with self-propulsion unit, which allows it to negotiate and deploy itself in mountainous terrains with ease. Dhanush has been electronically upgraded to enhance firing accuracies and provide compatibility with various kinds of ammunition as well.

The efficiency of artillery gun system has been tested under severe cold conditions in Sikkim and Leh and in hot and humid weather in Balasore, Odisha, Babina in Jhansi and in the desert of Pokhran in Rajasthan.

OFB had recently said in a statement that Dhanush's performance has been evaluated in several phases under arduous conditions. A team of experts from DRDO, DGQA, BEL, SAIL and several private sector enterprises have worked together to develop this artillery gun system. The cost of one 155-mm Dhanush is Rs 14.50 crore.

Last month, the Ministry of Defence and Indian Army had given clearance to OFB for the production of 114 'Dhanush' long-range artillery guns.