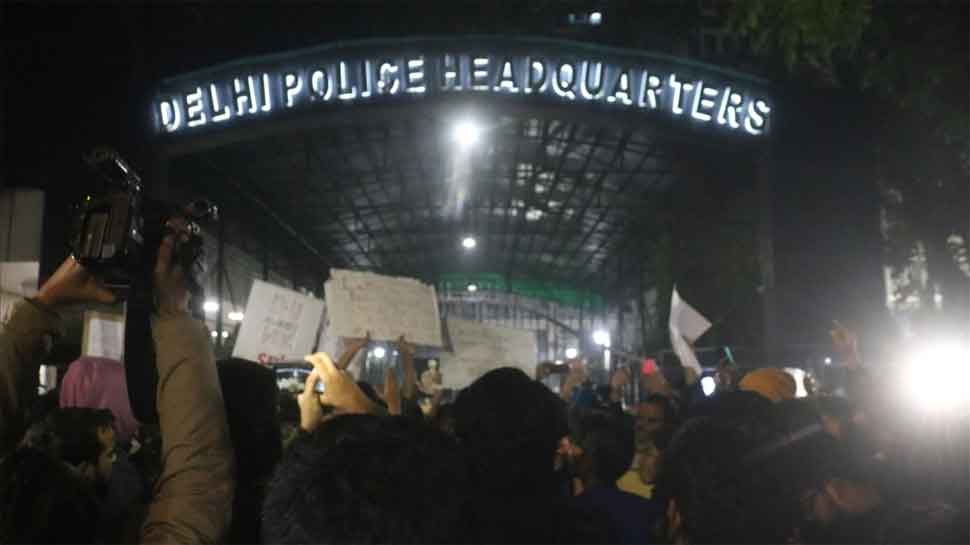 The midnight protest launched by students in front of old Delhi Police Headquarters to protest against the use of force by Delhi Police after anti-Citizenship Amendment Act protests at Jamia Nagar in Delhi turned violent on Sunday, was also called off by the students.

Delhi Police also appealed the protesters to end their protest buses have also been arranged to drop the protestors.

Chinmoy Biswal, Delhi Commissioner of Police South East, had said that a mob of around 2,000 people turned violent and targeted public transport buses. Biswal added that the protesters resorted to stone-pelting and around six policemen have been injured. "This mob was violent. Around 6 policemen have been injured in the stone-pelting. We are yet to ascertain the identities," Biswal said.

The senior Delhi Police official also defended the police action to resort to lathi-charge on the protesters, and said that the policemen were only trying to push the mob back in order to restore law and order in the area. Biswal stressed that the police did not target any students of Jamia Millia Islamia.

The Vice-Chancellor of Jamia, Najma Akhtar, condemned police action saying police entered inside the campus without permission and beat up some students and university staff.

"Police couldn't differentiate between the protesters and students sitting in the library. Many students and staff were injured. There was so much ruckus that Police couldn't take permission. I hope for peace and safety of our students," said the Jamia VC.