The International Buddhist Confederation (IBC), under the aegis of Union Ministry of Culture, is celebrating Asadha Poornima as Dharma Chakra Day. 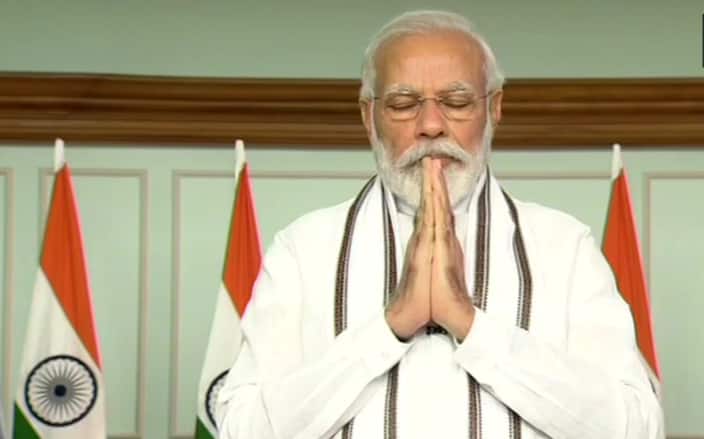 New Delhi: Prime Minister Narendra Modi will address the celebration of Dharma Chakra Day / Asaadh Poornima on Saturday (July 4), said a PMO statement. The day is also celebrated by Buddhists all over the world as the day of Dharma Chakra Parvattana or “Turning of the Wheel of Dharma”.

The International Buddhist Confederation (IBC), under the aegis of Union Ministry of Culture, is celebrating Asadha Poornima as Dharma Chakra Day.

This commemorates Buddha's First Sermon to his first five ascetic disciples at the Deer Park, Rsipatana in the present day Sarnath near Varanasi, UP.

Notably, this day is also observed as Guru Poornima by both Buddhists and Hindus as a day to mark reverence to their Gurus.

In keeping with the historical legacy of India being the land of Buddha's enlightenment, his turning the wheels of Dharma, and Mahaparinirvana, President Ram Nath Kovid will inaugurate the Dharma Chakra Day from the Rashtrapati Bhavan.

Prime Minister Narendra Modi would deliver a video address on the occasion to emphasize the teachings of peace and justice of Lord Buddha and the Eight Fold Path shown by him to overcome sufferings of sentient beings, said the statement.

The Minister of Culture, Prahlad Patel, and Minister of State for Minorities Affairs, Kiren Rijiju, will also address the opening ceremony.

Other events, including messages from top Buddhist religious leaders, Masters and Scholars from different parts of the world will be streamed from Sarnath and Bodh Gaya.

Due to COVID-19 pandemic, the whole programme is being conducted virtually, like a very successful virtual Vaisakh (Buddha Poornima) on May 7 this year. The event on 4th July is expected to be witnessed by around 30 lakh devotees worldwide via live webcast, the statement said.