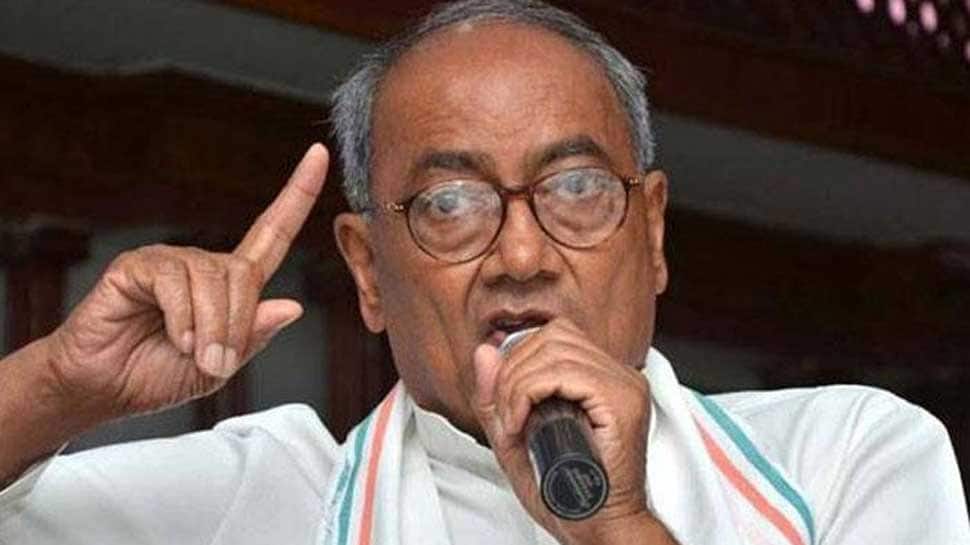 Digvijaya's surprising remarks come amid the raging controversy over Sidhu's comments in which he had asked whether an entire nation could be blamed for an act by "a handful of people".

The veteran Congress leader also has some advise for Pakistan Prime Minister Imran Khan as he asked the Pakistani leader to show "guts" and hand over Hafiz Saeed and Masood Azhar to India.

Digvijaya also demanded that "unnecessary persecution" of innocent Kashmiri students and traders across the country should be stopped with immediate effect.

"Do we want Kashmir with the Kashmiris or without Kashmiris? We as a nation have to make a choice," he said.

Commenting on the strife and unrest in Kashmir Valley, Digvijaya said: "We are all to be blamed. Can't we for sometime sweep our political differences under the carpet and come together to bring back the communal harmony and Kashmiri Muslim and Kashmiri Hindu brotherhood...Which was the hallmark of J&K?" he said.