Discuss issues at party level: Congress to Salman Khurshid after his remarks on Rahul Gandhi 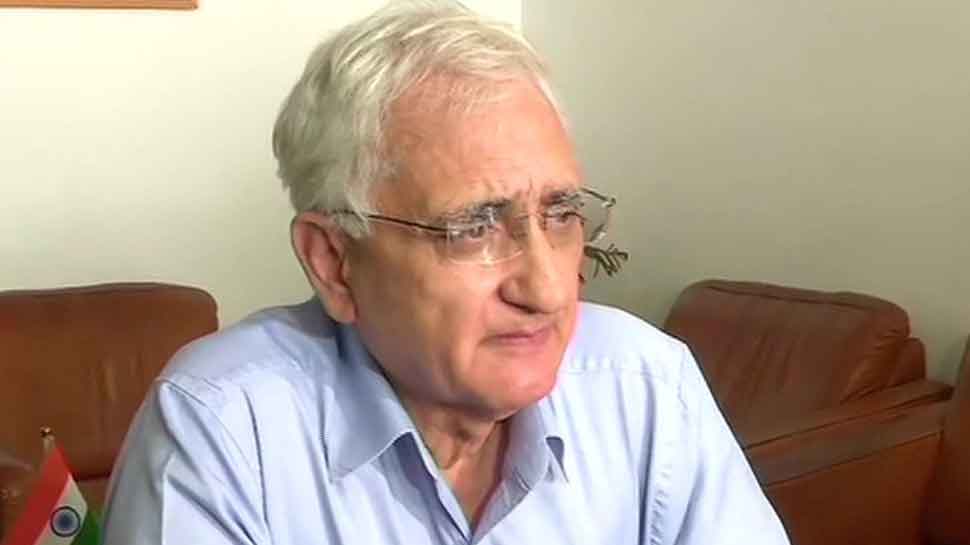 New Delhi: Senior Congress leader Salman Khurshid has been told to discuss all issues at party level following his remarks that his party is suffering because Rahul Gandhi ''walked away '' after defeat in 2019 Lok Sabha election.

According to reports, the Leader of Congress in Lok Sabha, Adhir Ranjan Chowdhury has told Khurshid not to vent his anger in the open and discuss all issues at various party forums. Chowdhury also defended Rahul Gandhi's decision to quit as Congress president taking moral responsibility of his party's 2019 Lok Sabha poll debacle.

"When the party has been going into election mood in states, these kinds of comments or utterances shouldn`t work well for the party. Instead of uttering outside, Khurshid should have consulted and expressed himself inside the party," Chowdhury said.

Chowdhury added that he cannot subscribe to the views expressed by Khurshid.

The Congress leader said that Gandhi had set a rarest of rare examples in the present political scenario by resigning from his post.

"Congress had suffered a poll debacle and the analysis has been continuing on. In each and every state, Congress leaders are examining and analyzing the reason for the party`s defeat," he said.

When asked about Jyotiraditya Scindia`s comments that party needs to self-introspect, Chowdhury said, "We are all undergoing the introspection, which is why after churning the entire situation, the All Indian Congress Committee (AICC) requested Sonia Gandhi to take charge of the party."

"We are witnessing the politics of antics. They are trying to portray that they have done this. But, this is the culmination of a process, which set out in the year 2007," Chowdhury added.

On Wednesday, both Salman Khurshid and Jyotiraditya Scindia had expressed concern over the current situation and the future of their party.