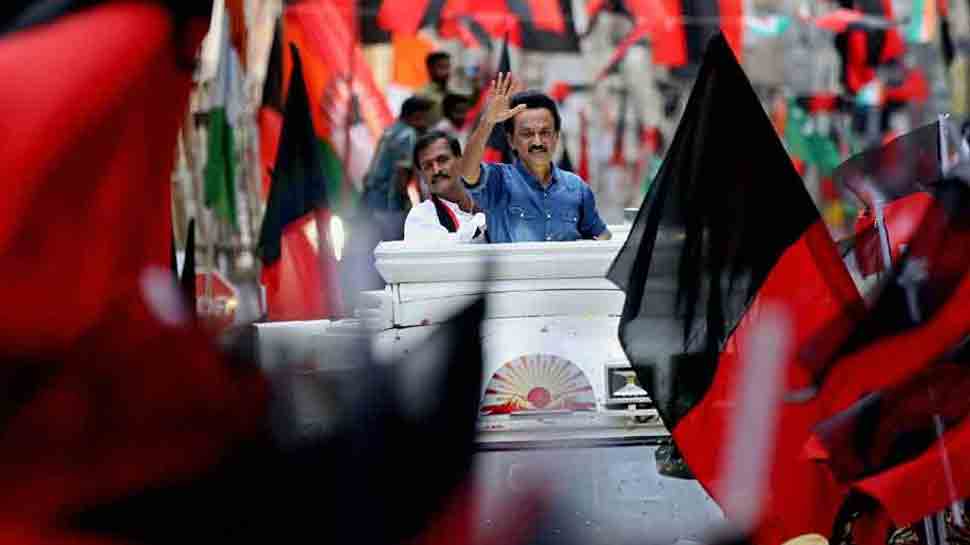 Chennai: Tamil Nadu`s principal opposition party, the DMK on Sunday announced its three candidates for the upcoming Rajya Sabha polls in the state.

Six members of Rajya Sabha from Tamil Nadu - Sasikala Pushpa, Vijila Sathyanath, S. Muthukaruppan, A.K.Selvaraj (all AIADMK), Tiruchi Siva of DMK and T.K.Rangarajan of the CPI-M - will retire on April 2, the Election Commission had said.

As per the Election Commission`s schedule for biennial elections, the poll will be held on March 26 and counting of votes will happen on the same day.

Hence both the parties - AIADMK and DMK - can win three seats each.

Presently, the AIADMK has 10 members in the Rajya Sabha and the DMK has five.

Post elections, the strength of AIADMK in Rajya Sabha is expected to will fall to nine (if it fields its candidates for all the seats) and the DMK`s strength will increase to seven.

Retiring CPI-M member Rangarajan was elected to the Upper House with the AIADMK`s support last time. But now, his party is aligned with DMK.

Queried about DMDK`s expectation, AIADMK Joint Coordinator and Tamil Nadu Chief Minister K.Palaniswami had said the matter will be decided by the party high command.