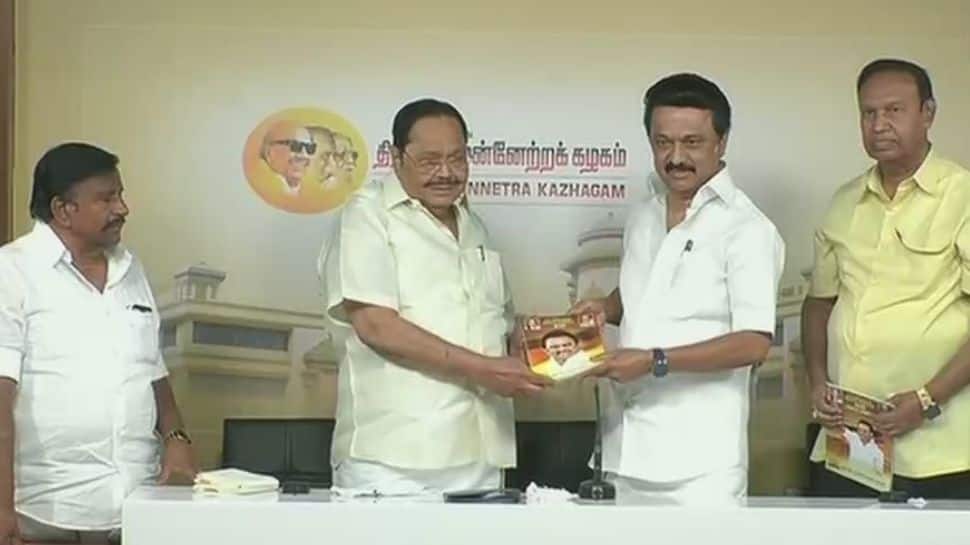 The party’s manifesto promises a reduction in petrol and diesel prices by Rs 5  and Rs 4 per litre respectively. Additionally, the party will also provide a subsidy of Rs 100 on LPG gas cylinder.

Earlier, on Friday DMK had released their party's candidates list during a press conference, ahead of upcoming Tamil Nadu Assembly elections scheduled to be held in a single phase.

The list revealed that DMK chief, MK Stalin will contest from Kolathur, while his son, Udhayanidhi will fight from Chepauk-Triplicane.

The party has taken a strong stand at empowering women in their manifesto as well. The party has promised to provide financial aid of 1500 rupees to 32 lakh women without family, unmarried above 50, differently abled women. Adding to this, women will be able to travel for free in town buses (public transport). Over 24,000 rupees financial aid and two months of maternity leave will be given to pregnant women.

Exuding confidence of a successful poll show, Stalin said the list released by him today was not merely that of candidates but a "success list." "It should be presumed Kalaignar (Karunanidhi) is contesting," he said about the polls that would be the first full Assembly elections to be held in the absence of both Karunanidhi and his rival, the late Chief Minister J Jayalalithaa.

The assembly elections for 234 assembly seats in Tamil Nadu will be conducted in one phase on April 6. The counting of votes is slated for May 2.