The Gandhi surname in India is used by around 1.56 lakh people, but merely one family has taken the advantage of it. 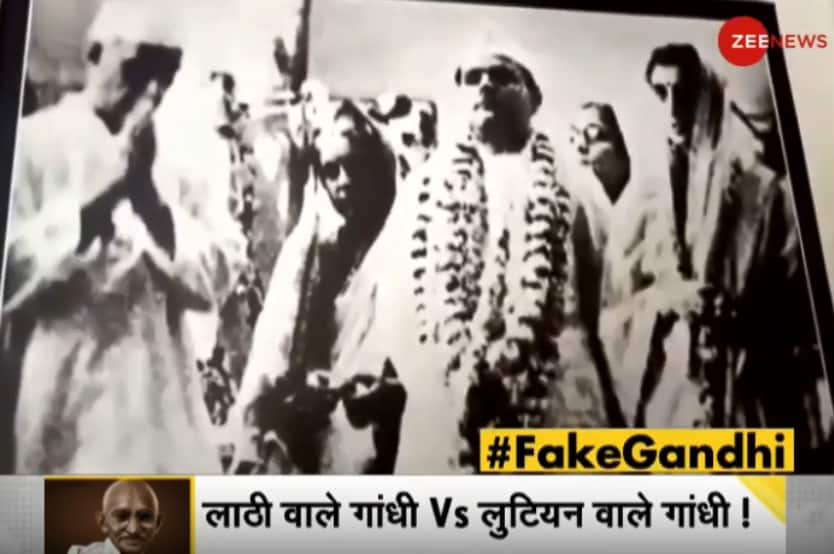 New Delhi: The nation celebrated the 151st birth anniversary of Mahatma Gandhi on Friday (October 2). Mahatama breathed his last at the age of 79 in 1947, but his life is still a source of inspiration for millions across the world. The DNA report, however, will inform you about Gandhi's surname and its legacy currently inherited by the most powerful political family of India. The Nehru- Gandhi family has ruled the country for nearly 50 years, but the question arises how this family earned this most powerful aura.

In a tweet, the Congress party remembered the Father of the Nation saying Gandhi was neither afraid of sticks then nor will Gandhi be afraid of lathis now. The party thus compared the Gandhi family with the Father of the Nation. Ironically, the comparison is based on the lie whose truth has never been allowed to come before the country. The names like Rahul Gandhi, Priyanka Gandhi, and Sonia Gandhi give the impression that they are the real descendants of Mahatma Gandhi, but the truth lies somewhere else.

The Gandhi surname in India is used by around 1.56 lakh people, but merely one family has taken the advantage of it. Most people in the world including India feel that the Nehru-Gandhi family is the real descendant of Mahatma Gandhi. 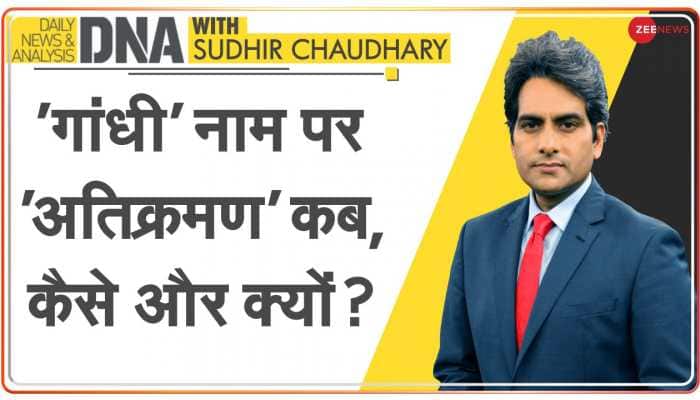 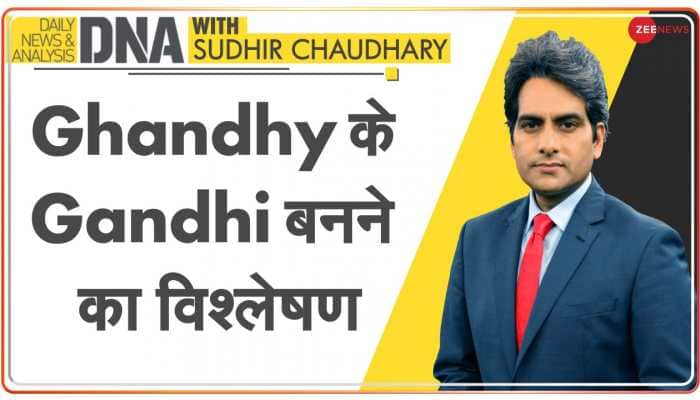 Notably, Mahatma Gandhi never promoted his family in politics as he was opposed to dynasty politics, but the current Gandhi firmly believes in it. From Nehru to Indira Gandhi to Rajiv Gandhi to Rahul and Priyanka Gandhi, the political legacy continues.

On the contrary, Mahatma Gandhi always stayed away from politics despite being the biggest leader of the freedom struggle. After independence, he wanted to abolish the Congress party, but current Gandhis treat politics as their profession.

The thirst for power is another difference between the real and the current Gandhis. Mahatma Gandhi never assumed any office. Since the Congress Party was established in the year 1885, Mahatma Gandhi became its president only once in the year 1924, and he could have easily become President or Prime Minister after independence. The fake Gandhi family's hunger for the post remains unsatiated. Probably, for this reason, the party is reduced to now reduced to just 52 MPs, but the family still controls the top post.

Mahatma Gandhi pursued simplicity and he lived his life on minimum needs. On the contrary, the fake Gandhis enjoy a regal life, and their simplicity is shown to the public, but in personal life, they nevertheless live a lavish lifestyle.

Mahatma Gandhi had 4 sons, and his 154 descendants live in 6 countries of the world. Some of them are doctors, some are professors, some are engineers, some are lawyers, and some are scientists. Among his descendants, Rajmohan Gandhi, the grandson of Mahatma, contested from Amethi in 1989 against Rajiv Gandhi.

With Gandhi's surname, a family has ruled the country for about 50 years, but the real Gandhi is hardly recognised. About 4 years ago in May 2016, Mahatma Gandhi's grandson Kanubhai Gandhi, 87, was living in an old age home in Delhi with his wife. He stayed in the US for 40 years and then returned to India in 2014. He had no children, so he had to live Delhi's old age home in for two months. He then moved to an old age home in Surat where he died of a heart attack in November 2016.

The DNA report will now tell you how a word in surname can do a miracle or prove to be a boon for a family. Yes, the same has happened with the Gandhi family, which capitalized on Mahatma Gandhi's struggle for freedom. Rahul Gandhi and Priyanka Gandhi Vadra are the children of former Prime Minister Rajiv Gandhi, who was the son of Indira Gandhi. Rajiv Gandhi's father was Feroze Jahangir Gandhi. Rajiv Gandhi thus got this surname from his father Feroze Gandhi. But was Feroze Gandhi's original surname? Was it Gandhi?

A famous Swedish author Bertil Falk wrote a book: Feroze The Forgotten Gandhi. Falk writes that Feroze Gandhi was born in Bombay's Parsi family and his father's name was Jehangir Faredoon Ghandy and his mother was Ratimai Ghandy. In his birth certificate, Feroze Jehangir Ghandhy was stated to be born on September 12, 1912. The spelling of the surname is written as GHANDHY not GANDHI.

According to this birth certificate, the Bombay hospital where he was born was Parsi.. Lying-in Hospital, which was closed in the 1960s. The book says that when Feroze Ghandhy became active in politics, the newspapers changed the spelling of his surname from GHANDHY to GANDHI. On December 8, 1933, an English newspaper named, The Leader, reported the arrest of Firoze GHANDHY in Allahabad. In the headline, Feroze GANDHI was written in place of Feroze GHANDHY. This is how with media reports the name of Feroze GHANDHY becomes Feroze GANDHI.

There are different opinions among writers and historians, as some claim that Firoze GHANDY changed his surname as he greatly influenced by Mahatma Gandhi.

Rahul and Priyanka Gandhi are very active on Twitter, but they always failed to remember Feroze Ghandhy while they never forget the birth and death anniversaries of Pandit Jawaharlal Nehru and Indira Gandhi.

During the 2019 Lok Sabha elections, Priyanka Gandhi visited Prayagraj for the poll campaign and stayed in her ancestral house, Anand Bhavan, but she did bother to visit the tomb of Feroze Gandhi, just 3 km away from there. Rahul Gandhi, however, visited the tomb of his grandfather during the 2012 UP assembly elections.

Notably, the Congress party leaders as well as many others claim that Mahatma Gandhi gave his surname to Feroze Jahangir Gandhi and got his religion changed, but this fact is not in the written documents of Mahatma Gandhi, and this contradiction still persists.

India should join hands with Taiwan and Japan to fight against Communist Party of China: Global pro-democracy activists