Zee News Editor-in-Chief Sudhir Chaudhary on Wednesday (June 23) presented the third edition of the ongoing series on ‘Jihad’ for religious conversion in which he decoded 32 conversion certificates of people from various states. 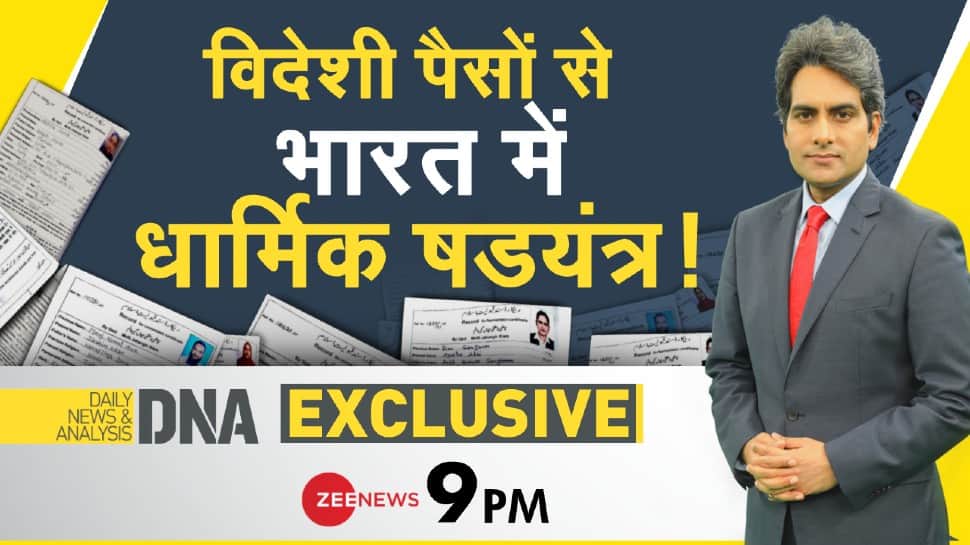 New Delhi: As the investigation by the UP police into the religious conversion racket is getting deeper, several disturbing pieces of information are coming up. The racket which was operating from Delhi's Jamia Nagar, under which the Hindus were converted to Muslims by brainwashing or luring them, has connections to many states across the country.

Zee News Editor-in-Chief Sudhir Chaudhary on Wednesday (June 23) presented the third edition of the ongoing series on ‘Jihad’ for religious conversion in which he decoded 32 conversion certificates of people from various states.

Out of the 32 certificates, surprisingly most of them were of Hindu girls who were converted to Muslims.

The 32 such certificates show that in states like Uttar Pradesh, Delhi, Haryana, Madhya Pradesh, Jharkhand and Maharashtra, people belonging to Hindu religion were converted to Islam.

Yesterday we brought the story of 22-year-old Mannu Yadav, who can neither speak nor hear, was made Abdul Mannan. Today we have 32 more stories like that.

Out of these, 26 certificates are such that the date of conversion, date of issue or both are not mentioned. Apart from this, there are two certificates in which only the name and mobile number of the person are written and there is no other information.

Apart from this, there are four such certificates in which the date of issue of the certificate was overwritten which indicates that there was an attempt to tamper with the dates.

The Islamic Dawah Center in Delhi’s Jamia Nagar has issued all these certificates and converted Hindus on a large scale.

The certificates contain statements such as ‘There is No God But Allah’ and ‘Mohmmad is The Messenger of Allah’.

The name of Qazi Mufti Jahangir Alam is written on all the certificates. He has been arrested by the Uttar Pradesh police.

We have also got the information that this Islamic organization of Jamia Nagar was getting funding from other countries for converting Hindus. We have come to know that Islamic Dawah Center was funded by some NGOs from Islamic countries UAE, Qatar and Kuwait. And this money did not come directly to the Islamic Dawah Center, rather this money reached the bank accounts of NGOs in different states of India.

In the investigation by the UP police, it has also come to the fore that this institution was also funded by the All India United Democratic Front, the political party of Assam which is headed by Badruddin Ajmal.

Abu Ameenah Bilal Philips, who is the head of the Islamic online university in Qatar, is also said to have a connection to the Islamic Dawah Center.

Bilal Phillips is the same cleric who is believed to be an aide of Zakir Naik, who fled India after being accused of having links with terrorist activities.

Today we want to make it clear that we respect all religions but we oppose the systematic conversion done through means of coercion or greed.