As the convent schools or missionary schools gained popularity in India, many western influences too became a part of our tradition like cutting cakes on birthdays or blowing candles placed above them and the pomp with which Christmas is celebrated with as much enthusiasm as Diwali. 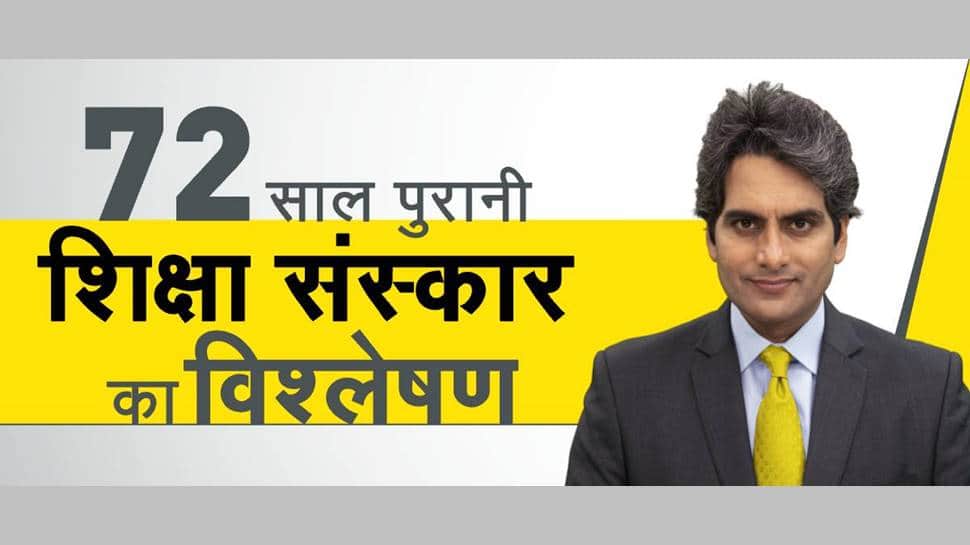 New Delhi: As the convent schools or missionary schools gained popularity in India, many western influences too became a part of our tradition like cutting cakes on birthdays or blowing candles placed above them and the pomp with which Christmas is celebrated with as much enthusiasm as Diwali.

But in the process schools which teach Indian values and traditions have been left behind like the ones run by Rashtriya Swayamsevak Sangh (RSS). These schools not only inculcate Indian culture but also follow the curriculum of Central Board of Secondary Education (CBSE) and state boards.

Despite this students from such schools have to face rejection by the Gandhi scion who described the studies being conducted in these RSS-sponsored schools as radicalisation. Rahul Gandhi compared these schools to the Islamic fundamentalism being taught at madrassas in Pakistan.

On Friday, Zee News Editor-in-Chief Sudhir Chaudhary did an analysis on education imparted in convent schools and compared it with the education in RSS scponsored schools.

After independence in India, there were broadly two options for education, there were either convent schools or Government schools. On the one hand, the fees were high and English education was available whereas on the other hand education was free but its level was not that good.

Therefore, people who could afford expensive education studied in Convent Schools. And the poor class chose government schools. The Rashtriya Swayamsevak Sangh recognized this need and came up with a model of education that could teach a person with limited resources Indian values ​​and moral values.

In 1952, RSS opened the first school at Uttar Pradesh's Gorakhpur. The education wing of the RSS Vidya Bharati was founded in 1977.

Gradually schools were opened in every state and city. Today, 12,850 schools are being run in India under Vidya Bharati. A total of 30,000 educational institutions are functioning, including 49 colleges and schools.

Around 80,000 Christian and Muslim children are also studying in these schools. Since 1952, more than 1 crore children have been taught in Vidya Bharti's schools.

Looking at the big picture, children from these schools are growing up to become policy makers. They have reached the level where they can can take decisions for family and for the country while holding important positions.

This is the reason why nationalism is being talked about in India that policies are being made to study in the mother tongue. This has not happened suddenly, rather it is the result of a long wait and effort.