DNA Exclusive: Omicron is here. Will it bring a third COVID wave in India? 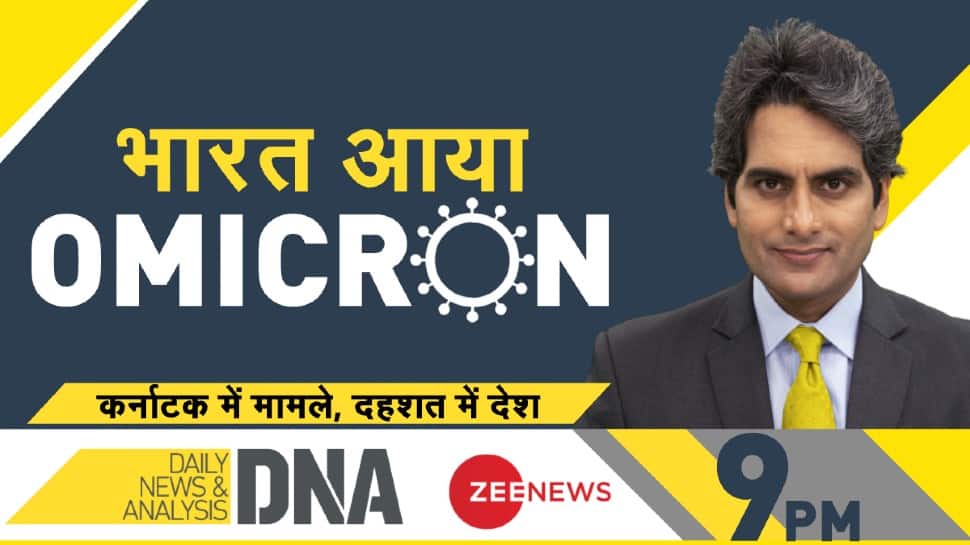 New Delhi: The most dangerous variant of Coronavirus, Omicron, has found its way to India. Two cases of the variant have been detected in Karnataka. While one of the two infected persons came from South Africa, the other had not travelled outside India. This is clearly a cause for concern.

Omicron has been found in two men aged 66 years and 46 years in Karnataka. Surprisingly, one of them had not traveled to any foreign country. Therefore, it has become difficult to understand how this person got infected. Apart from this, the scary thing is that both the infected persons were fully vaccinated.

The 46-year-old man is a doctor by profession. He complained of fever and body ache on November 21 and got his RT-PCR test done on the same day. The next day his report came positive. The CT value in the RT-PCR report was very low. It is said that the lower the CT value, the higher the viral load in that person.

After this, the samples of the patient were sent for genome sequencing. From November 22 to 24, this person was in home isolation, but on 25th he had to be admitted to the hospital after his health deteriorated. That is, people infected with Omicron may also need to be hospitalised.

He was discharged from the hospital after three days. During this period, he had met 13 people. When RT-PCR test was done for these 13 people, 3 people were found positive. These 13 people had further met 205 people and out of these, 2 people were confirmed to have the infection. Nearly all these people had received both doses of the COVID vaccine.

Late last night the genome sequencing report of the person came in which it was found that he was infected with Omicron variant. The doctor and all the people he met are in isolation, and their health is said to be fine so far.

The other infected person, the 66-year-old South African national came to India from South Africa via Dubai on November 20. He had a COVID-19 test report. But still, a new sample was taken at the airport, and the report came positive. By then, this person had checked in at a hotel. After this, a team of the health department reached there and found that the person was asymptomatic. He was asked to stay in isolation.

On November 22, his sample was also sent for genome sequencing. Meanwhile, he got a test done in a private lab and its report came negative. But in the genome sequencing report that came last night, Omicron was detected. However, the person had gone back to Dubai on November 27.

The Health Minister of Karnataka has said that the confirmation of Omicron in the man who has never gone abroad is astonishing. Now scientists are looking for an answer to the question of whether Omicron was already present in India.

There are three key takeaways from the two cases. The first is that Omicron can be transmitted to people who have taken both doses of the vaccine. Secondly, the infected person may need hospitalisation. And the third thing is that perhaps Omicron was already present in many countries including India. However, this can be confirmed only after a thorough investigation.

It is not a time to panic. But people must be alert. Not long ago, after the first COVID wave, people became negligent and started flouting precautionary measures. It resulted in the deadly second wave. So, if we want to prevent a third COVID wave, we must strictly follow all COVID guidelines.