Zee News Editor-in-Chief Sudhir Chaudhary on Thursday (November 18) raised the issue of toxic water supply in Delhi which is putting lives of people at risk. 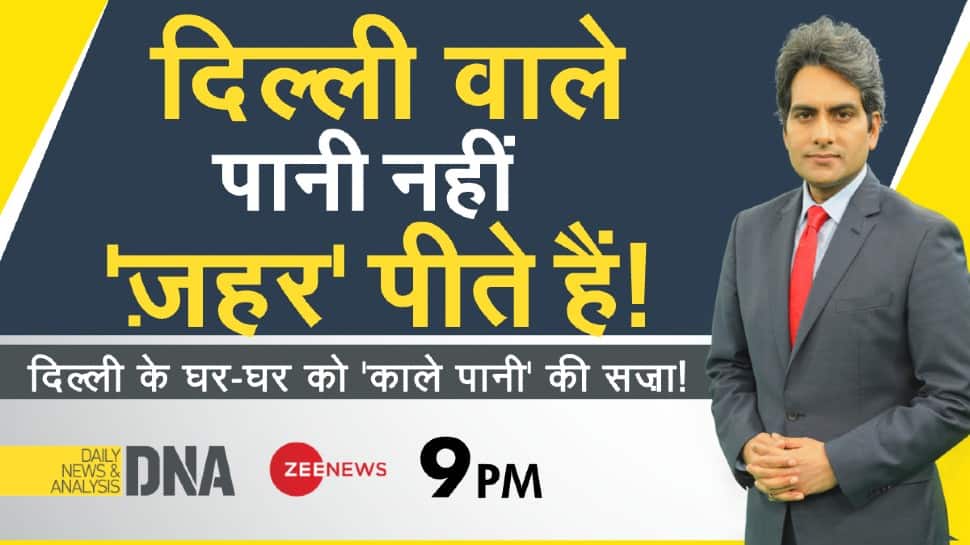 New Delhi: Even after repeated promises by the politicians, Delhiites continue to suffer owing to the polluted water supply they get in their homes. An investigation by Zee News – Operation Ganda Jal - has found out that most areas in the city, including some of the posh locations, get water that is inadequate for consumption.

Zee News Editor-in-Chief Sudhir Chaudhary on Thursday (November 18) raised the issue of toxic water supply in Delhi which is putting the lives of people at risk.

A Zee News team collected water samples from 11 places in the national capital and got them tested at an independent lab. Nine out of the 11 samples failed to meet the prescribed standard. This means that 80 per cent of the water supplied in the homes of Delhiites is not fit for consumption

The places from where samples were collected even include posh areas of South Delhi where people having properties worth crores reside. We also tested sample from North Avenue, which is just three kilometers away from the Parliament. In both samples, the amount of TDS (Total dissolved solids) was found to be over 1000. Even taking a bath using this water could be dangerous, let alone drinking it.

According to the Bureau of Indian Standards (BIS), the amount of TDS in one liter of water should not be more than 500 for it to be safe for consumption. As per the World Health Organization, if the TDS is more than 300, it is not good for health.

Water with high TDS can cause diarrhoea, kidney infection, stomach infection, fever, vomiting, and several skin infections. Drinking such water for a long time can even cause diseases like cancer.

In Delhi, nine out of 11 areas failed the test as the TDS was found to be over 500. At four of these places, the water was found to be dirtier and more poisonous than water from the Yamuna river.

Despite lakhs of crores of rupees being spent every year to provide clean water, many people are not getting it. Be it Delhi or any other part of the country, no one deserves air with AQI of 999 and water with TDS of 1000. The government must figure out a solution to this.