DNA Exclusive: Origin of COVID-19 virus, China's Wuhan lab, and US demand for next phase of probe

Zee News Anchor Aman Chopra on Friday (May 28) discussed the origin of COVID-19 virus, China's position on it, and the growing demand for a probe. 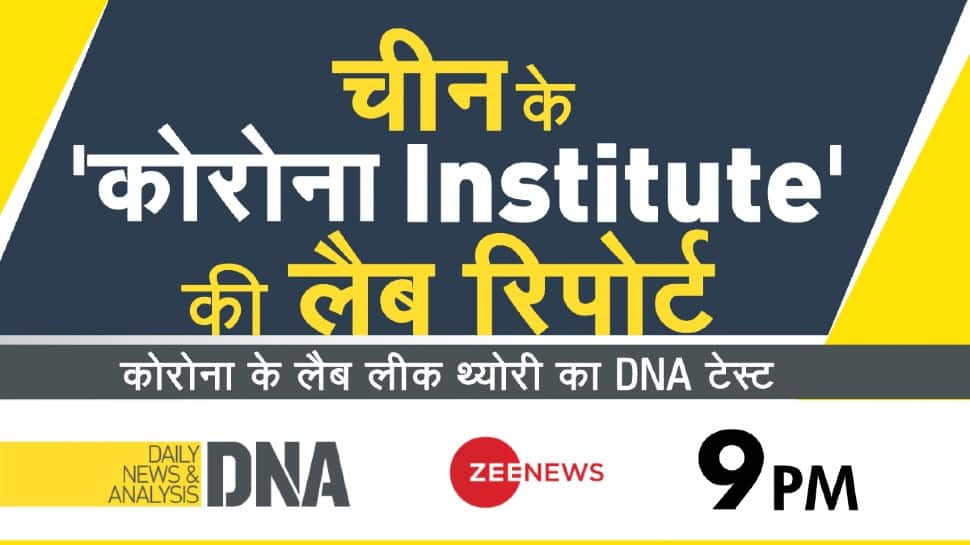 New Delhi: On 31st December 2019, even as the world was preparing to welcome the new year, the World Health Organization’s China office sent information to its headquarters in Geneva that some people in Wuhan have been infected with a disease similar to pneumonia.

The WHO asked China to clarify the situation on 1st January 2020, and China responded to it on 3rd January 2020. China told the WHO that there has been no evidence that the disease spreads from one person to another. The WHO and the whole world believed China. That belief was soon shattered.

Zee News Anchor Aman Chopra on Friday (May 28) discussed the origin of COVID-19 virus, China's position on it, and the growing demand for a probe.

A year, 4 months and 28 days have passed since China made that claim. The outbreak soon became a pandemic and has caused unspeakable destruction all over the world.

Today, voices are growing louder seeking a probe into the origin of the outbreak.

The United States has asked to proceed to the second phase of investigation regarding the origin of the coronavirus. President Joe Biden has told intelligence agencies to speed up their efforts and gather all relevant information within 90 days, based on which a concrete result can be reached.

In this order, Biden has also said that independent experts in China should be given access to actual data and samples.

India's position on the issue is also the same. The Indian government has said in an official statement for the first time that the origin of the coronavirus is yet to be investigated.

Apart from this, at the WHO meeting held in Geneva on May 26, Britain, European Union, Japan and Australia have also supported the demand for an investigation.

There are four major reasons that call for a need for investigation:

Firstly, the WHO completed the first-stage investigation into the origin of the virus and released a report on it in March. In this report, the WHO said that it was difficult to ascertain that the coronavirus originated from a lab. In the investigation report, the WHO came to the conclusion that the coronavirus could have been transmitted to humans through bats. The report gave the benefit of doubt to China.

However, in a joint statement, the US, European Union and 13 other countries, have expressed concerns over the report and said that the investigation should be transparent and independent.

Secondly, there was an article published in Science Journal by 18 scientists from all over the world. In this article, these scientists had said that the WHO investigation report is not balanced and is unbiased. It pointed out that there were 113 pages of the WHO report, but out of it only four pages talked about the lab leak theory.

The third reason for suspicion is a recently published report in an Australian newspaper. The report referred to a research paper prepared by the Chinese Army PLA, in which Chinese scientists were discussing the use of the coronavirus as a biological weapon in the year 2015.

The fourth reason is a report published in the American newspaper The Wall Street Journal. This report said that in the month of November 2019, three researchers working in the Wuhan lab were ill. And in these three researchers, the same symptoms were seen in a person when infected with coronavirus. China first reported this to the WHO on 3rd January 2020 but did not mention the name of coronavirus anywhere in it.

Although China has denied the charge and has described the report as misleading, America's stand is clear on this and it is demanding an investigation.

All these factors make a good case against China and point the origin of coronavirus to the Wuhan lab.

India to import vaccines to speed up vaccination of entire population