DNA special #MaaKaSandesh: If Nirbhaya convicts are not hanged, no victim will ever get justice, Asha Devi tells nation

"If Nirbhaya fails to get justice, no other victim will be able to get justice. All of us should come together and make sure that Nirbhaya gets justice," said Asha Devi. 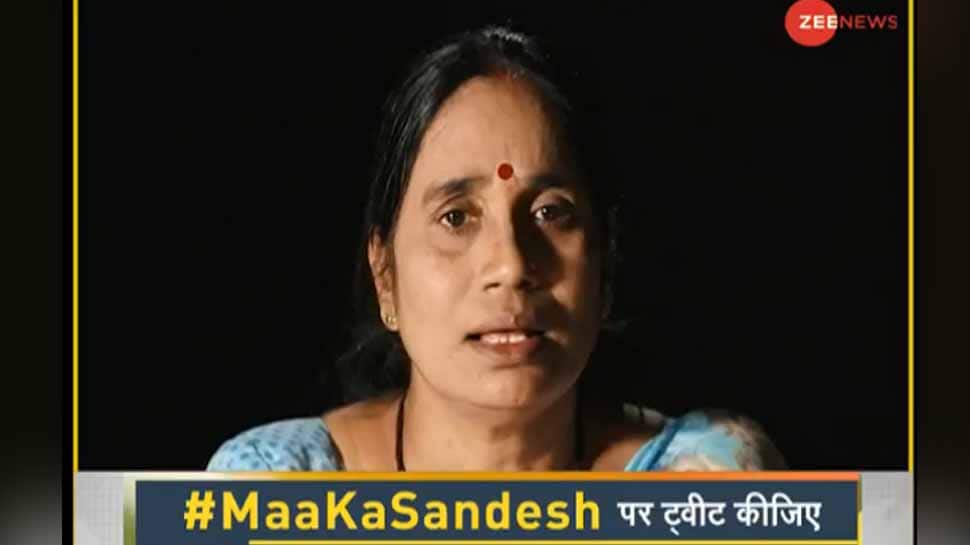 It has been nearly eight years since the gangrape and murder of Nirbhaya, and the convicts are yet to be hanged. In the wake of this, the mother of Nirbhaya opened her heart and gave her message to the nation on the platform of Zee News.

December 16, 2020, will mark the completion of eight years since the 2012 Delhi gangrape and murder of Nirbhaya. Unfortunately, the family of Nirbhaya is yet to get justice as the convicts have not been executed yet.

A Delhi court has issued a fresh death warrant for the four convicts of the Nirbhaya gangrape case. The new date issued by the Patiala Court for the hanging of Vinay Sharma, Akshay Thakur, Pawan Gupta, and Mukesh Singh is March 3 at 6 am.

A teary-eyed Asha Devi said that she has sleepless nights, adding that she died the day she lost her daughter. She, however, also said that she will continue her struggle for justice. An undaunted Asha Devi stated that people will have to fight for their rights and not ask for it. She yet again pleaded the law to give justice to her daughter.

"We will have to fight for our rights not ask for it. Things have changed, but I'm still pleading before the court with folded hands for justice of my daughter," said Asha Devi.

The mother also said, "When the verdict of the court came for the death punishment of the convicts, they openly challenged me in the court. If women have their rights in the country, the system should change to ensure our rights."

Speaking on those who have asked her to forgive the convicts she said, "I want to ask them, Had this happened to your child, would you have forgiven them?"

"In Hyderabad, people distributed sweets not for police but for the instant justice as they lost faith in the court. Tomorrow, I will plead before the Supreme Court to ensure justice for Nirbhaya so that crime against women are discouraged. Human Right activists are merely running their business, I don't want to listen to their advice. I want to say that they are convicts and they will be hanged."

She also added, "I want to ask you the date is decided but when will she get justice? The court talks about the rights of convicts in front of me but not about my suffering."

Earlier in the week, Asha Devi broke down and had stated that she has been patiently fighting for the last eight years but she is losing faith in court and its legal procedures.

Have the citizens of India lost their patience in the Nirbhaya gangrape and murder case? If Yes then give a missed call on this number: +91-7834998998. Alternately, viewers can also tweet with the hashtag '#MaaKaSandesh'.