Does sex with wife, who is a minor, be termed as rape? Supreme Court hears plea

Does sex with wife, who is a minor, be termed as rape? 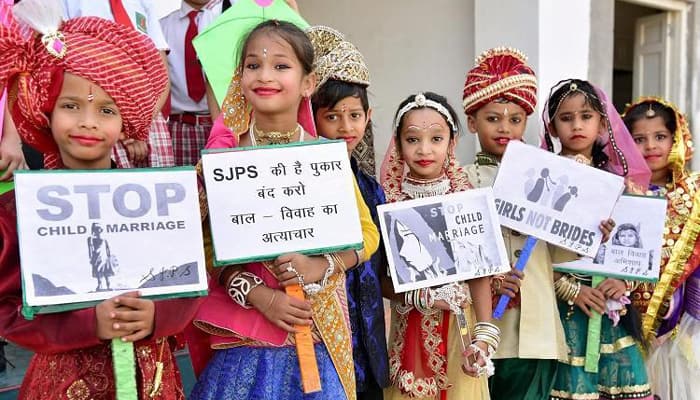 There are over 23 million child brides in India
Share:
Written By:

New Delhi: Does sex with wife, who is a minor, be termed as rape?

Listening to arguments on whether sex with a minor wife can be called is statutory rape the Supreme Court on Wednesday said, "Child marriage is not a good social practice but we cannot forget that that there are millions of such marriages taking place in the country. It should be changed through social movement. Although there are inconsistencies in various laws but can we create an offence through judicial interference?”

"We see a girl under 18 years of age as a child in POCSO Act, but once she is married, she is no more a child under the exception 2 to Section 375 of the IPC. This is totally inconsistent. The truth is that a girl under 15 is still a child, married or not. The Parliament has to protect the child," said Advocate Gaurav Agrawal on behalf of the petitioner, reported the TOI.

He added that there are over 23 million child brides in India but hardly six convictions under the anti-child marriage law.

Opposing the plea, the Centre argued that a provisions made in the Indian Penal Code (IPC) does not penalise a man for forcefully having sex with his wife – aged between 15 and 17. It added that the exception in rape law is meant to protect the institution of marriage.

The court pulled up the Centre for not taking steps to curb the practice of child marriages. It also asked the petitioners to file a report on the adverse health impacts on girls who are married at the age of 15 to 18 years.