The all-weather, all-terrain missile with electronic counter-measures against jamming by enemy aircraft can be mounted on a truck and stored in a canister. 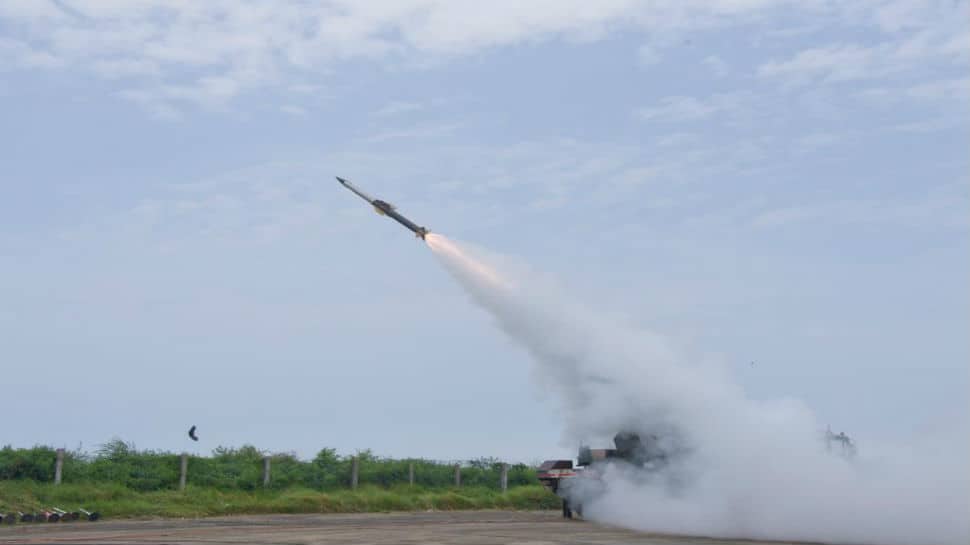 The missile, with a strike range of 25-kms, is being developed by the DRDO for the Indian Army. The all-weather, all-terrain missile with electronic counter-measures against jamming by enemy aircraft can be mounted on a truck and stored in a canister. Earlier this year, on February 26, two rounds of tests were successfully carried out.

The two missiles were tested for different altitude and conditions.

The test flights successfully demonstrated the robust control, aerodynamics, propulsion, structural performance, and high manoeuvring capabilities thus proving the design configuration. "Radars, electro-optical systems, telemetry, and other stations have tracked the missiles and monitored through the entire flights. All the mission objectives have been met," an official statement had said then.

India is working to plug holes in its air defence system with several of the air defence systems being developed indigenously while others are under procurement from foreign countries. On May 27, DRDO had successfully tested a new version of Akash surface-to-air missile.

Several variants of the Akash missile system is under development.

QRSAM is different from Akash in the sense that the former is said to have a better reaction time.

The renowned and controversial S-400 air defence system is under procurement from Russia. Its delivery is slated to begin in the second half of 2020.