Speaking in Moscow, Russia, he said, "Problem with Pakistan is very different. I would say if today you look at international relations, I cannot think of any other country in the world,  which actually uses terrorism as a diplomatic tool against its neighbour. It a very unique phenomenon." 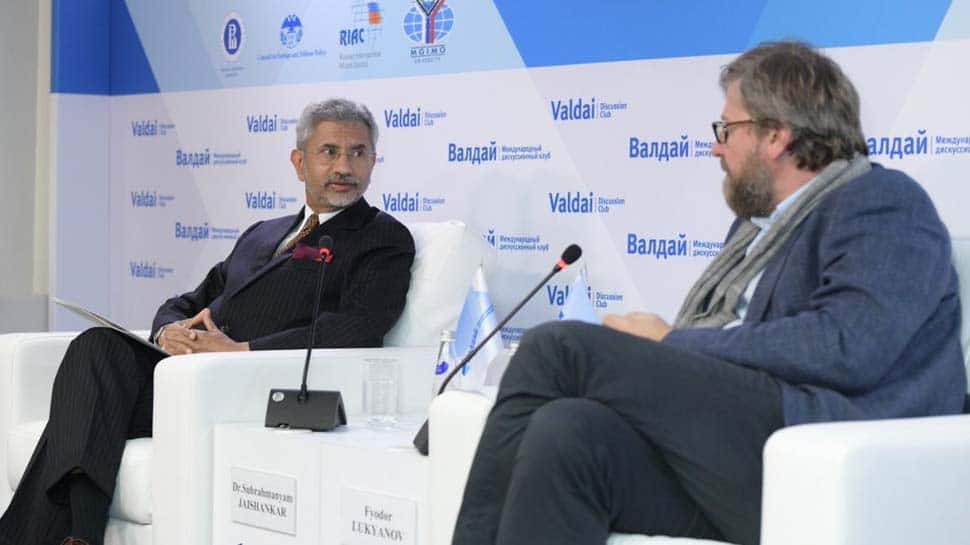 Speaking in Moscow, Russia, he said, "Problem with Pakistan is very different. I would say if today you look at international relations, I cannot think of any other country in the world,  which uses terrorism as a diplomatic tool against its neighbour. It a very unique phenomenon."

Jaishankar is currently on a two-day visit to Moscow and is scheduled to meet his Russian counterpart Sergey Lavrov on Wednesday to further advance bilateral cooperation and prepare grounds for Prime Minister Narendra Modi`s upcoming visit to the country.

Speaking at the Valdai Discussion Club, he highlighted how Islamabad refused to grant the Most Favoured Nation (MFN) status to India despite New Delhi granting it. India had withdrawn the status after the February 14 Pulwama terror attack perpetrated by Pakistan based Jaish-e-Mohammad (JeM) terror group.

"So if you have a neighbour who will not trade with you normally, who would not allow connectivity, use terrorism as a means of pressurising you, it's not a normal thing. We have some unique problem out there. We will find ways to deal with," he added.

40 years to the day I first came to Moscow. The world has changed but India-Russia relations remain steady.

The changing world has thrown up new concepts and approaches. Discussed one of them- the Indo-Pacific at the Valdai Discussion Club. pic.twitter.com/bxYvskb0XH

This is Jaishankar`s first visit to the Russian capital after assuming office in May, during which he will also co-chair the India-Russia Inter-Governmental Commission - Technical and Economic Cooperation.

Jaishankar will also hold talks on the situation in Afghanistan, Iran and the Gulf region. Both the sides will address a press conference following the talks, announcing the top developments including regional convergence. The talks between the two ministers will begin at 1 pm IST on Wednesday, August 28.

Moscow has supported New Delhi's move to abrogate Article 370 and 35A, revoking the special status for the erstwhile state of Jammu and Kashmir. It was the first member of the permanent five nations of the United Nations Security Council to back the move.

Russia's Ministry of Foreign Affairs, in response to a question, had said, "Change in the status of the state of Jammu and Kashmir and its division into two union territories are carried out within the framework of the Constitution of the Republic of India."