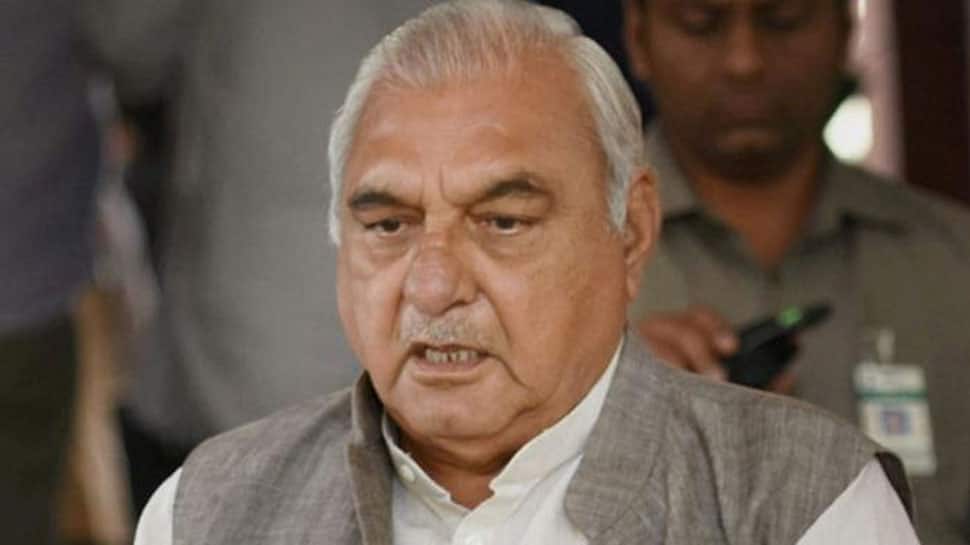 The ED chargesheet is under the provisions of Prevention of Money Laundering (PMLA) Act. The AJL is controlled by senior Congress leaders, including members of the Gandhi family. The group runs the National Herald newspaper.

A senior ED official said the accused have been named in the chargesheet for their direct involvement in the process connected with acquisition, possession or projection of "proceeds of crime i.e. Plot No.C-17, Sector 6, Panchkula, to the tune of Rs 64.9 crore.

The official said investigation under PMLA showed the plot was allotted to AJL in the year 1982, but it was "resumed back" by the Estate Officer, HUDA on October 30, 1992 as the AJL did not comply with the conditions of allotment letter.

He said the resumption order attained finality after dismissal of a revision petition in 1996.

"However, Hooda blatantly misused his official position and dishonestly allotted the said plot afresh in the guise of re-allotment to the AJL at original rates plus interest in violation of necessary conditions or policy of HUDA in an order dated August 28, 2005," he said.

He alleged that Hooda also did not adhere to the legal opinion of Legal Remembrance, Haryana and recommendations of HUDA officers and Financial Commissioner Town and Country Planning (FCTCP). "Thus, the CM caused wrongful loss to HUDA and wrongful gain to AJL," he said.

The ED had filed a PMLA complaint in this case in 2016 based on a CBI FIR, which had taken over investigations in this case at the request of the BJP government of Haryana, and the criminal FIRs filed by the Haryana Vigilance Bureau.

Last year in December, the CBI filed a chargesheet before a Panchkula court on naming Vora and Hooda in connection with the alleged irregularities in the case. The ED has questioned the two senior Congress leaders in this case.