This is the second time in three days that Abdullah was questioned again by the ED. 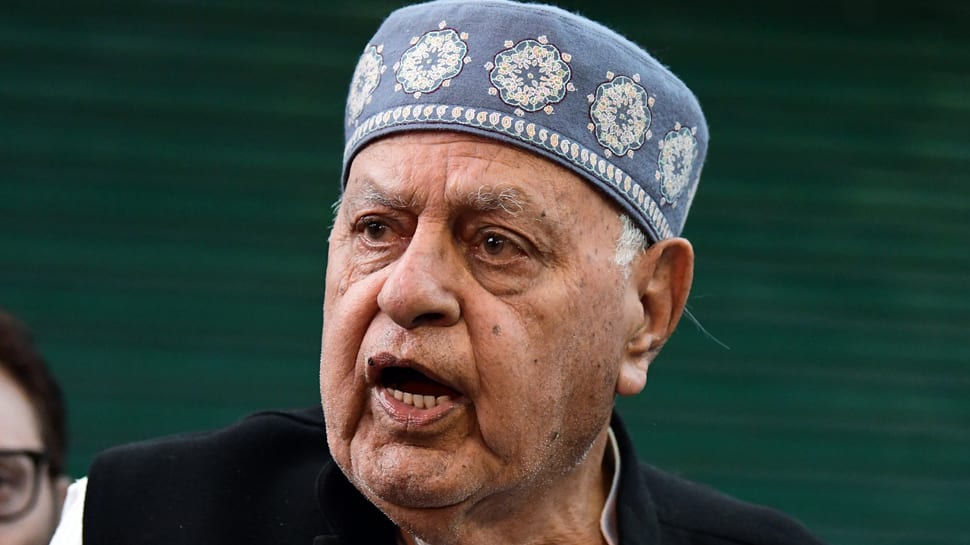 Former Jammu and Kashmir chief minister and National Conference (NC) president Farooq Abdullah was summoned again on Wednesday by the Enforcement Department (ED) for questioning at their Srinagar office. This is the second time in three days that Abdullah was questioned again by the ED.

As per sources, he was questioned in connection with the Jammu and Kashmir Cricket Association (JKCA) multi-crore scam during 2002-11. The questioning comes on a day when Abdullah is celebrating his 84th birthday. He reached the ED office in Rajbagh around 11 am and was questioned for five hours.

His son Omar Abdullah tweeted, “This on a day when my father turns 84!”

Earlier he was questioned on October 19 for seven hours. However, on Wednesday Farooq Abdullah didn’t take questions from reporters waiting outside the ED office.

NC spokesman Imran Nabi Dar issued a statement expressing anger and said these tactics are only aimed at "browbeating" opposition leaders who raise their voice against the BJP's "divisive politics". The party criticised the government for what it called an "agenda of cornering any voices of dissent".

"How many times will BJP use CBI, ED, anti-corruption bureau and its other agencies to browbeat opposition? The plot has become predictable. Anyone who speaks against the government or musters courage against its divisive politics will be hounded and summoned," it said. Terming these ED summons "calculated coercive measures", Dar said that it is aimed at curtailing Farooq Abdullah's efforts to weave unity among mainstream political parties in JK.

Calling the repeated ED summons as pressure tactics, he said, "What is it that ED forgot to ask during the six hours it interrogated an 83-yr-old Member of Parliament?" The government and its agencies, the spokesperson said, has no consideration for a law-abiding citizen who is severely immunocompromised and diabetic.

"Abdullah being treated like this is a proof that the BJP is not even interested in a face-saving act and is completely comfortable with being seen as a bully by the nation," he said. He said that the "only way to get a clean chit these days is to surrender one's ideology and join the BJP. We've seen this story play out from Assam to Karnataka, from West Bengal to Andhra Pradesh but Dr Abdullah is not going to surrender to the BJP, come what may."

The last round of questioning took place four days after Jammu and Kashmir's mainstream political parties, including the NC and the PDP, met at Abdullah's residence and formed the People's Alliance for 'Gupkar Declaration'.

As per news agency PTI, ED officials said on condition of anonymity that Abdullah had been called again on Wednesday to obtain some clarifications. He was questioned for the first time in July last year in Chandigarh after the agency had registered a case under the Prevention of Money Laundering Act in 2018.

The officials said Abdullah's statement was recorded under the Prevention of Money Laundering Act (PMLA) and he was asked about the procedures followed and decisions taken when he was the president of the cricket body, the time when the alleged scam is said to have taken place. The agency is expected to file a fresh charge sheet in the case soon, they said.