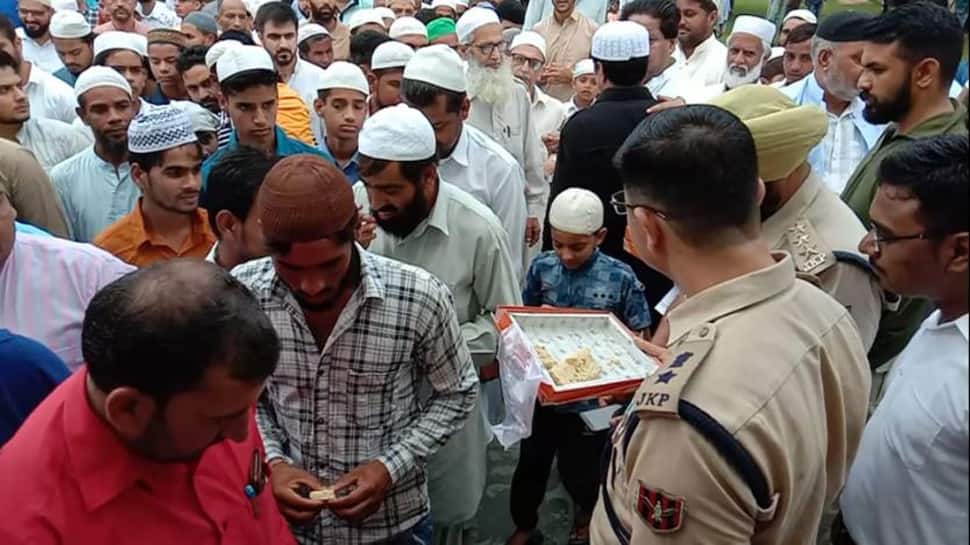 The Union Ministry of Home Affairs on Monday confirmed that people in Jammu and Kashmir celebrated Eid-al-Adha in several parts of the region and no untoward incident was reported from anywhere.

The verified handle of spokesperson of the Ministry of Home Affairs on microblogging site Twitter shared photographs of people offering Eid Namaz at mosques in places like Srinagar and Shopian.

People come out in good numbers to pray on #Eid in #JammuAndKashmir
Prayers concluded at prominent mosques in Srinagar and Shopian.
Over 4500 offer prayers at Eidgah Jammu.@JmuKmrPolice @diprjk @PIBSrinagar

No untoward incident was reported from any part of the region, confirmed the MHA spokesperson.

“People come out in good numbers to pray on Eid in Jammu And Kashmir. Prayers concluded at prominent mosques in Srinagar and Shopian. Over 4500 offer prayers at Eidgah Jammu,” read one tweet.

Zee News had earlier reported from Srinagar that people came out of their homes to offer Eid prayers at mosques.

However, the Eid celebrations in the Valley come amid renewed security threat, with the intelligence agencies suggesting that Jaish-e-Mohammad terrorists might try to carry out attacks in the disguise of Indian Army officials.

In the wake of the fresh terror threat, the security agencies are maintaining a strict vigil in all parts of Srinagar. A number of women security personnel have also been deployed to prevent any untoward incident.