The Eid Milad Un Nabi celebrations have already started in Saudi Arabia, but in India, Pakistan, Bangladesh, and Sri Lanka it will be held on Friday. 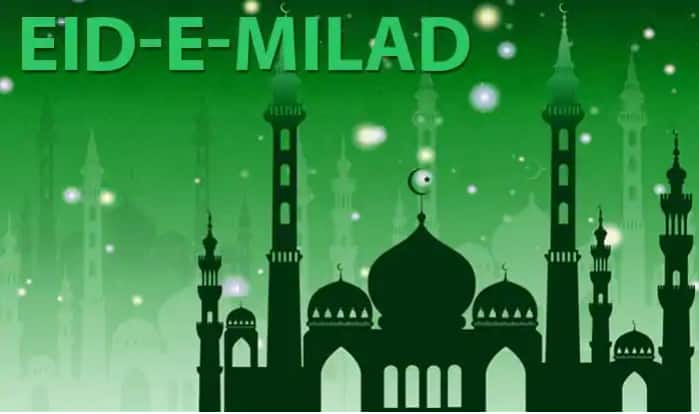 New Delhi: Eid Milad-Un-Nabi, which is the birth anniversary of Prophet Muhammad, is celebrated across the world in the third month of the Muslim lunar calendar. The pious occasion commences on Thursday (October 29) evening and ends on Friday (October 30).

The celebrations for Eid Milad Un Nabi have already started in Saudi Arabia, but in India, Pakistan, Bangladesh, Sri Lanka and other parts it will be celebrated on Friday.

The Sunni and the Shia sects observe Eid-e-Milad Un Nabi on different days. On this day, Muslim people greet each other Milad Un Nabi Mubarak, and celebrate the day with lights and decorations.

According to available sources, the history of Eid Milad-Un-Nab goes back to the early days of Islam when people congregated to honour Prophet Muhammad by reciting poetry and singing verses. Muslims who observe Milad-un-Nabi remember, discuss, and celebrate the Prophet's life on this pious day.

They also hold night-long prayers and send Milad-un-Nabi e-cards to friends and family.

The prophet was born on the 12th day of Rabee-ul-Awwal (third month of the Islamic lunar calendar) in Mecca (Saudi Arabia) in 570 CE, according to available records. The 12th day of Rabi al-Awwal was initially marked as the day when Prophet Muhammad died.

In the 13th century, it is said that the Islamic masses started celebrating Mawlid as his birthday, and then this tradition is being followed in different countries.

Golden words of Prophet Muhammad are given below:

-Allah will cover up on the day of resurrection the defects (faults) of the one who covers up the faults of the others in this world.