Electronic surveillance of Indo-Bangladesh border to begin on Tuesday

The implementation of this project will not only help the BSF curb all types of cross-border crimes but also provide respite to the troops from round-the-clock human surveillance. 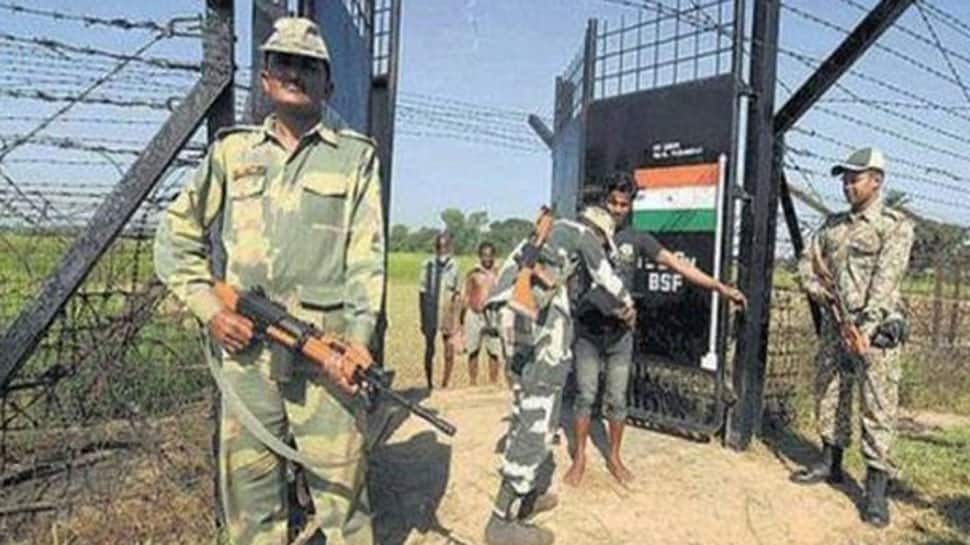 New Delhi: A "highly porous" riverine section of the Indo-Bangladesh border in Assam will be put under electronic surveillance from Tuesday in a bid to check illegal immigration and smuggling of arms, ammunition, drugs and cattle, the Union Home Ministry (MHA) said on Monday.

The "smart fencing" will be operationalised in the 61 km riverine section of the international border in Dhubri district of Assam where the Brahmaputra River enters into Bangladesh.

The project, BOLD-QIT (Border Electronically Dominated QRT Interception Technique), under the Comprehensive Integrated Border Management System (CIBMS), will be inaugurated by Union Home Minister Rajnath Singh. It will cover the India-Bangladesh border in the area which consists of 'char' (sand islands) and innumerable river channels, which makes border guarding a daunting task, especially during the rainy season, a statement by the MHA said.

To overcome this problem, the Ministry of Home Affairs had in 2017 decided to employ a technological solution besides the physical presence of the Border Security Force (BSF) personnel.

In January 2018, the information and technology wing of the BSF undertook project BOLD-QIT and completed it in record time with the technical support of various manufacturers and suppliers.

BOLD-QIT is a project aimed to install technical systems under the CIBMS, enabling the BSF to equip the Indo-Bangla border in the unfenced riverine area of the Brahmaputra and its tributaries with various kind of sensors.

Now, the entire span of the Brahmaputra has been covered with the data network generated by Microwave communication, OFC Cables, DMR Communication, day and night surveillance cameras and intrusion detection system, the statement said.

These modern gadgets provide feeds to the BSF control rooms along the border and enable the paramilitary force's quick reaction teams to thwart any possibility of illegal border crossing and crimes.

"The riverine section of Indo-Bangladesh border in Dhubri is considered to be highly porous where movement of illegal immigrants and smuggling of arms, ammunition and other goods are very common. The smart fencing will solve the problem to a great extent," a Home Ministry official said.

The BSF is responsible for safeguarding the 4,096-km-long international border with Bangladesh. At various places, it is not possible to erect border fences due to geographical barriers, the statement said.

The implementation of this project will not only help the BSF curb all types of cross-border crimes but also provide respite to the troops from round-the-clock human surveillance, it said.

Two smart fencing pilot projects of five kilometers each were launched in September 2018 along the India-Pakistan international border in Jammu.