European parliamentarians to visit Jammu and Kashmir on Tuesday

In a major development, a 28-member delegation will visit the newly-formed Union Territory of Jammu and Kashmir on Tuesday to take stock of the ground situation prevailing in the valley after the abrogation of Article 370 which provided special status to Jammu and Kashmir. 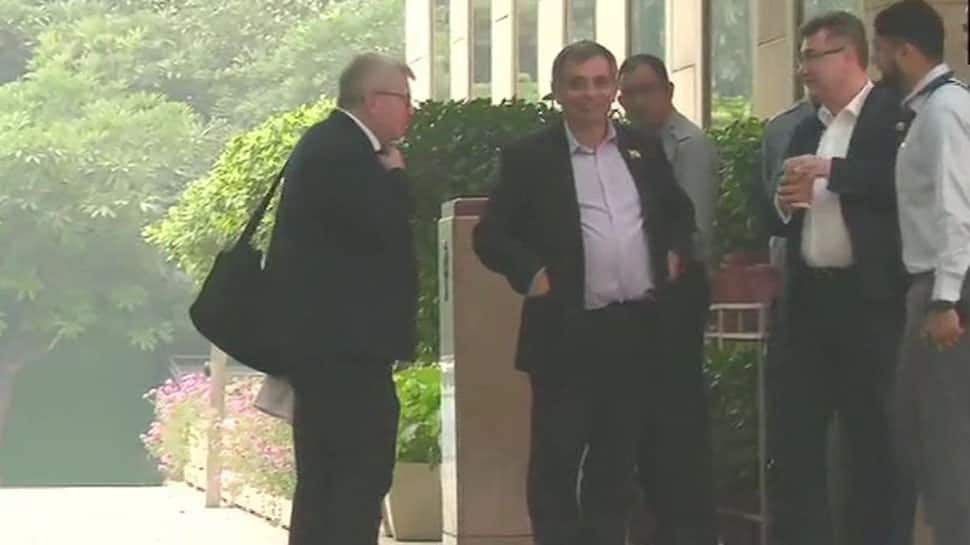 In a major development, a 28-member delegation will visit the newly-formed Union Territory of Jammu and Kashmir on Tuesday to take stock of the ground situation prevailing in the valley after the abrogation of Article 370 which provided special status to Jammu and Kashmir.

The delegation that will reach Srinagar airport at 11.30 am will go directly to The Lalit. Later, they will meet the Chief Secretary, traders federation, and the youth following which they will give their report. This is the first such visit by an international delegation after the abrogation of Article 370.

Before departing from Delhi, Nathan Gill, a member of the delegation said, "It is a good opportunity for us to go into Kashmir as a foreign delegation and to be able to see firsthand for ourselves what is happening on the ground." Gill is a member from Wales.

Prime Minister Narendra Modi and National Security Advisor Ajit Doval met the visiting members of European Parliament and spoke about the developments in Jammu and Kashmir post the revocation of special status for the erstwhile state.

PM Modi has expressed the hope that they have a fruitful visit to various parts of the country, including to Jammu and Kashmir. "Their visit to Jammu and Kashmir should give the delegation a better understanding of the cultural and religious diversity of the region of Jammu, Kashmir and Ladakh; apart from giving them a clear view of the development and governance priorities of the region, " PM Modi had said.

The NSA has briefed the delegation members about Jammu and Kashmir highlighting several facts about the situation there in order to counter a false narrative being built up by Pakistan. Doval told the EU delegation that there are no restrictions on movement in Jammu and Kashmir and 100 per cent landline and mobile phones are functional in the region. He also stressed that there is no shortage of essential supplies and medical care is available. NSA Doval also told the panel that all hospitals in Kashmir Valley are functional.

He also told the EU panel that several efforts are being made by Pakistan-backed terror groups to create trouble in Kashmir Valley by targeting innocent civilians but the state government has ensured that things remain normal in the region.

The EU parliamentarians' visit to the UT comes at a time when the Centre is making efforts to restore normalcy in the erstwhile state. Earlier in October, the authorities restored postpaid mobile services and also allowed tourists to visit the Union Territory. Jammu and Kashmir was put under a strict communication blockade to prevent violent protests from breaking out in the wake of against the abrogation of Article 370.

Former Jammu and  Kashmir CM Mehbooba Mufti, who had been put under house arrest ahead of the scrapping of Article 370, hoped that the delegation would speak with the locals. “The iron curtain between Kashmir and the world needs to be lifted and GOI must be held accountable for pushing J&K into turmoil,” she had tweeted.

Free bus service for women in Delhi from Tuesday on Bhaidooj