Ex-SP leader Amar Singh's mortal remains to be brought from Singapore to Delhi on August 2, funeral on August 3

The mortal remains of Rajya Sabha MP Amar Singh, who died on August 1 (Saturday) due to kindey-related ailments, will be brought to Delhi from Singapore on Sunday (July 2). 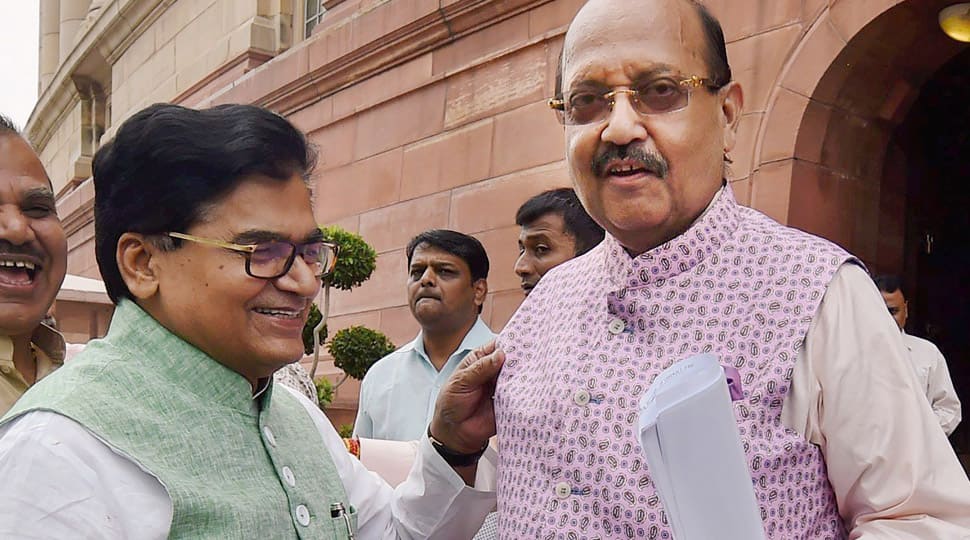 The mortal remains of Rajya Sabha MP Amar Singh, who died on August 1 (Saturday) due to kindey-related ailments, will be brought to Delhi from Singapore on Sunday (July 2).

Singh's mortal remains will be brought in a special plane from Singapore. It is learnt that Singh's wife Pankaja and his twin daughters were present at the hospital in Singapore when the former Samajwadi Party leader breathed his last. Sources told Zee Media that close relatives of Amar Singh's have reached Delhi to attend his funeral.

Singh was born on January 27, 1956 at Aligarh in Uttar Pradesh. He completed in graduation from St. Xavier's college and done his Bachelor in Law from University College of Law, Kolkata

Singh was a flamboyant businessman-politician, who once counted India’s most influential icons from industry, politics and Bollywood among his closest friends. He had been a key player in the cut and thrust of Indian politics till about a decade ago.

Back in 2008, he also helped the then Manmohan Singh government survive a crucial trust vote that eventually led to his arrest three years later. He was accused of offering bribes to three BJP MPs to get them to support the UPA.

Remembering Amar Singh: A flamboyant politician who had businessmen and actors as his friends