Zee News has got the exclusive photos of the four people who were allegedly involved in instigating violence during anti-CAA protests at Delhi's Jamia Nagar on Sunday (December 15). 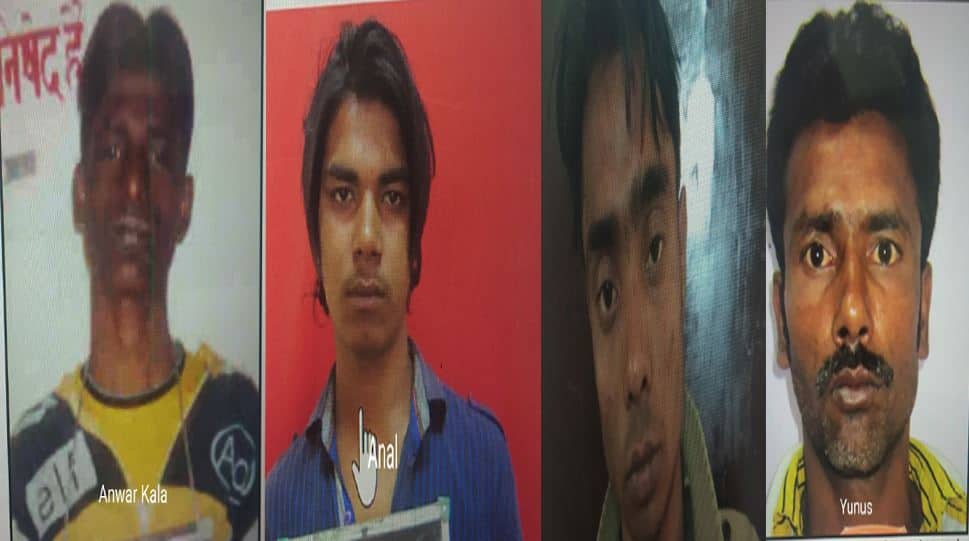 On Monday (December 16), the Delhi Police had lodged an FIR against 15 people for their alleged involvement in the protests that took place on Sunday. The agitators had set ablaze four buses near New Friends Colony, injuring at least six policemen and two fire brigade personnel. The situation turned critical when the police resorted to lathicharge and tear gas shelling in order to bring things under control. Around 100 students of Jamia were also detained by the police but were released later.

Speaking to the media, Chinmoy Biswal, Delhi Commissioner of Police South East, had said that a mob of around 2,000 people turned violent and targeted public transport buses. "This mob was violent. Around 6 policemen have been injured in the stone-pelting. We are yet to ascertain the identities," Biswal had said.

Earlier on Wednesday (December 18), the Supreme Court issued a notice to the Centre on a batch of 59 pleas challenging the CAA. The apex court, however, refuses to stay the implementation of the Act. The apex court has directed the Centre to submit its reply by the second week of January 2020. A three-judge bench comprising Chief Justice (CJI) SA Bobde and Justices BR Gavai and Surya Kant heard the pleas and ordered that the next hearing will be on January 22, 2020. Pleading on behalf of the government Attorney General Venugopal said, "There are four judgments of the SC that the Act cannot be stayed."

Next Jharkhand CM: An MP and a prominent industrialist hold key