Exclusive: How drugs and Khalistan movement are intermingled; Germany new base for ISI-sponsored Khalistan operations

Pakistan's notorious intelligence agency the Inter-Services Intelligence Agency  (ISI) have turned several chiefs of Sikh terror groups into drug smugglers. As per an investigation report, Germany is being developed as a base for Khalistan operations by ISI. 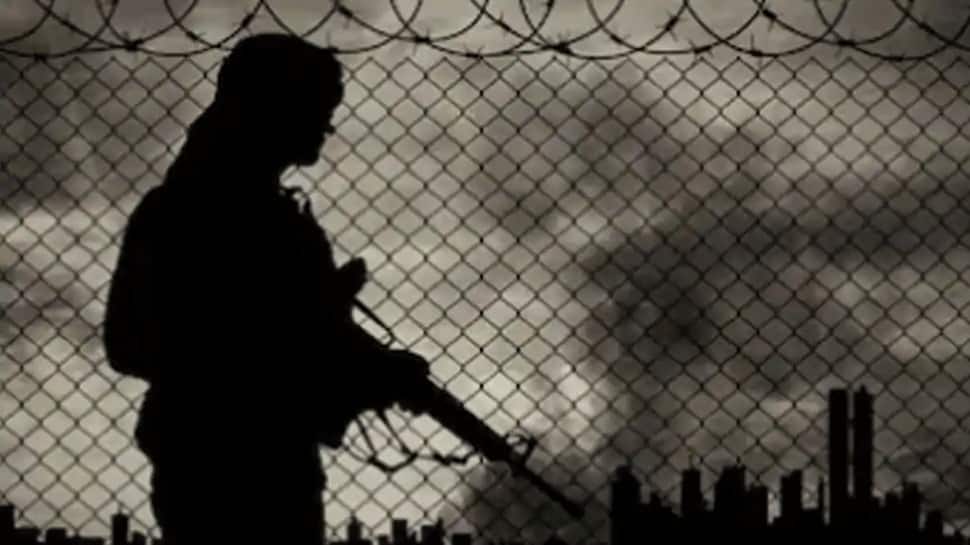 Pakistan's notorious intelligence agency the Inter-Services Intelligence Agency  (ISI) have turned several chiefs of Sikh terror groups into drug smugglers. As per an investigation report, Germany is being developed as a base for Khalistan operations by ISI.

ISI is using Khalistani terrorists to smuggle narcotics and provide funds to terror various groups for anti-India activities. Earlier this month, India declared at least nine Khalistani terrorists in the designated terror list under the provisions of the Unlawful Activities Prevention Act (UAPA).

A dossier prepared by Indian Security agencies and accessed by Zee News reveals ISI sinister plan to use pro-Khalistani elements based in Pakistan, Germany, UK, Canada and US for promoting terror and terror ideology by luring the youth and spreading hatred against India.

In the biggest narcotics haul in June last year, the Indian customs department sized 532 kg of heroin worth Rs 2,700 crores, which was smuggled into India from a truck through Attari border. The department suspects its link with Germany-based Gurmeet Singh Bagga, which was recovered by the National Investigation Agency (NIA).

Bagga, who has emerged as a common link in the narco-terror network through which drugs and funds for terror activities in Jammu and Kashmir and rest of India were being pushed into from Pakistan.

An NIA investigation has revealed that Pakistan-based terrorist organizations are using narcotic trade to generate funds for terror activities in India. The proceeds of narcotic trade are transferred to Kashmir Valley through couriers and hawala channel for terrorist purposes.

All the Khalistani leaders based in the UK, Germany and Canada have been inciting violence or involved in facilitating terror activities in India in association with the ISI. In 2019, Punjab Police busted a terrorist module of the revived Khalistan Zindabad Force (KZF), backed by a Pakistan and Germany-based terror group that was conspiring to unleash a series of terrorist strikes in Punjab and adjoining states, and seized a huge cache of arms, including five AK-47 rifles, pistols, satellite phones and hand grenades.

Security agencies have also found a link to Germany, UK and Canada, which have emerged as the main base of Khalistani and Kashmiri terrorists. Sympathizers of the groups living in these countries fund drugs in Punjab and some part of these funds are also being diverted to Kashmir for terror activities.

On the basis of security agencies report, the Ministry of Home Affairs (MHA) designated nine individuals as terrorists under the amended anti-terror law that was passed by the Parliament last year.

Based on their involvement in various terror activities, Indian Security agencies prepared a dossier in which crucial evidence was gathered against all these suspects.

Here's why they were banned by the govt:

Bagga has been put into the designated terror list under the provisions of the UAPA. Agencies believe Bagga to be a close associate of Pakistan-based Sikh radical Ranjeet Singh alias Neeta. Bagga is a Khalistan Zindabad Force terrorist and is wanted in three cases of shipment of huge quantity of explosives from Pakistan to Punjab for carrying of terror strikes. Bagga was also sentenced to a four-year prison term by a German court for an assassination bid on Radha Swamy  Beas Chief Baba Gurinder Singh Dhillon in Vienna.

On the instruction of ISI, last year Bagga and Pakistan based Neeta had managed to drop a huge cache of arms, ammunition in Punjab through Pakistan-controlled drones with a motive to terror strike.

Another German-based Pro-Khalisatni militant Bhupinder Singh also known as Bhinda is a close associate of Bagga. He is linked with Khalistan Zindabad Force and in contact with his Punjab-based Sikh terrorists to foment trouble in Punjab.

ISI is eying on several pro Khalistan terrorists based in Pakistan for promoting terror and smuggling of arms and fake currency. Pak-based Ranjeet Singh alias Neeta is the chief of Khalistan Zindabad Force. He is involved in transshipments of arms and ammunition to Sikh terrorists in India. Neeta is also involved in fake Indian currency racket.

Another banned pro-Khalistani and Pakistan-based terrorist Wadhwa Singh is the chief of Babbar Khalsa International (BKI). He has been involved in the killing of policemen in Punjab. Wadhwa is involved in smuggling of fake Indian currency notes at the behest of Pakistan's ISI.

Lakhbir Singh Rode has been involved in many terrorist attack in India and is also associated with smuggling of drugs. His son Bhagat Brar, based in Canada is actively involved in anti-India activities and frequently visit Pakistan for meeting radical ISI officials for organizing anti–India activities abroad.

Lakhbir Singh Rode continues to keep close association with radical sikh elements in the UK, Canada and other European countries for the revival of Sikh militancy in Punjab.

Paramjit Singh alias Pamma is UK-based and associated with Babbar Khalsa International (BKI). He actively participates in anti-India activities. Pamma is also in contact with Pakistan's ISI and Sikh-based terrorists in Pakistan. He arranges financial assistance to Sikh radicals.

Pamma spearheaded a hate campaign against India during the visit of PM Narendra Modi to the UK in 2018. Pamma has become close to Gurpatwant Singh Pannun (USA) and is actively participating in the activities of SFJ in the UK.

Lahore-based Paramjit Singh Panjwar is the chief of Khalistan Commando Force (KCF). He has been involved with Afghan Mujahideens based in Peshawar for the supply of arms, ammunition and training of Sikh militants. He is actively involved in carrying out anti-India activities and smuggling of drugs.

Gurpatwant Singh Pannun is associated with the banned organization ‘Sikhs for Justice’, as legal adviser. Pannun has been leading a campaign 'Punjab Referendum 2020 for Khalistan'.

Activities of the SFJ have been held to be unlawful, disruptive and threaten the sovereignty, unity and territorial integrity of India by the tribunal that confirmed the ban under India’s anti-terror law.

The plan of attack being coordinated by his Pakistan-based associates and Jaish–e Mohammad (JeM) to cause maximum casualties of multiple cities including Patiala and Chandigarh He is also involved in promoting terrorist activities in India by talent spotting and arranging training of recruits.